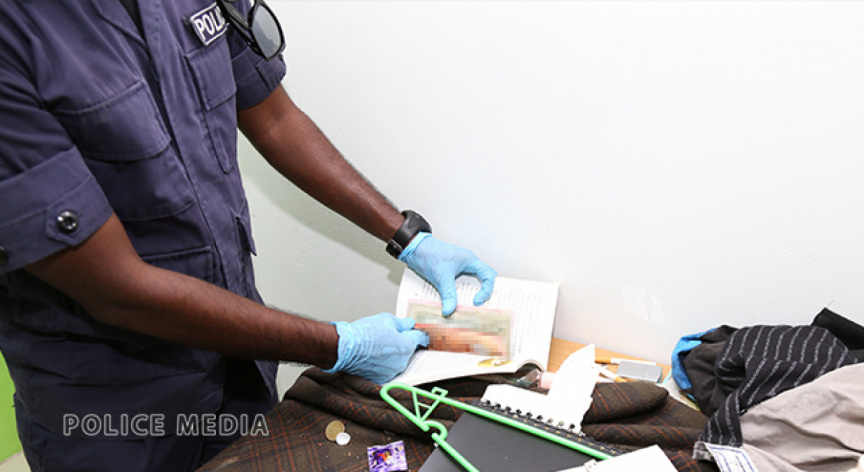 A Police officer searching through evidence from an operation. (Photo/Police)

Police have arrested six individuals from four locations across the Maldives in connection with drug-related offenses.

Police carried out operations in Male’ City, Fuvahmulah City, Sh. Funadhoo and Th. Kinbidhoo which resulted in the arrests.

A 22-year old male was arrested from Male’ City on Thursday after police searched a residence in the capital where drugs were discovered. The individual has been detained for 15 days under a court order.

From Sh. Funadhoo, two local males aged 31 and 63 were arrested yesterday after police found suspected drugs in their possession.

The operation in Kinbidhoo involved two local males aged 24 and 38 who were attempting to transport drugs from Th. Veymandoo to Kinbidhoo.

From Fuvahmulah City, a 32-year old local was arrested after police conducted a search in the residence of the arrested individual under a court order. The search yielded suspected drugs. The Fuvahmulah magistrate court had ordered the detention of the man for a period of 15 days.