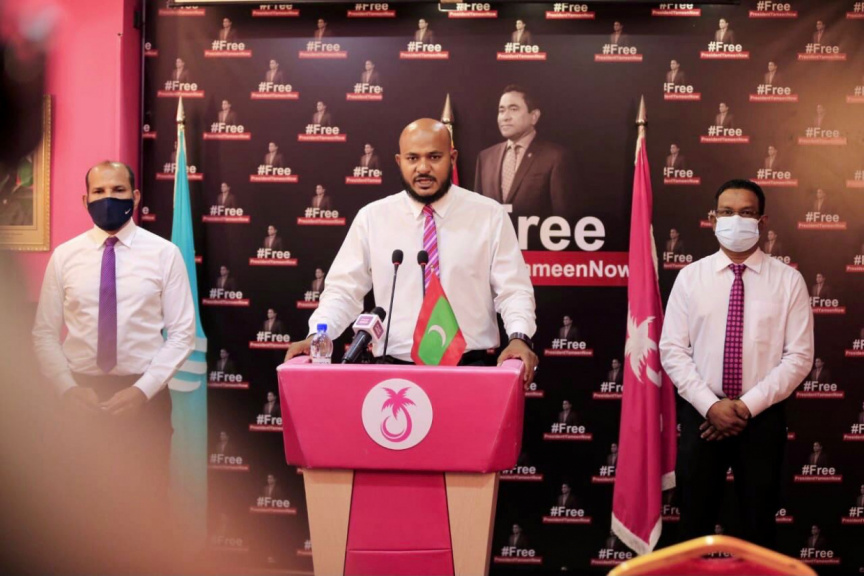 The opposition coalition composed of Progressive Party of Maldives (PPM) and People’s National Congress (PNC) has announced plans to hold a gathering at Alimas Carnival area in Male’ under the name ‘Badi Buraasfathi’ to mark Victory Day.

In a press conference on Saturday, PNC deputy leader Ibrahim Shujau said the coalition has requested permission from the authorities to hold the gathering.

Shujau alleged that the authorities are mostly likely to deny permission to hold the gathering, as they had done last year.

The opposition coalition plans on holding the ‘Badi Buraasfathi’ gathering at 08:00 pm on November 3.

‘Badi Buraasfathi’ loosely translates to mean ‘Gunfire Thursday’, in reference to the gunfire battle and hostage taking on the day that resulted in the death of 19 Maldivian citizens; eight soldiers and 11 civilians.