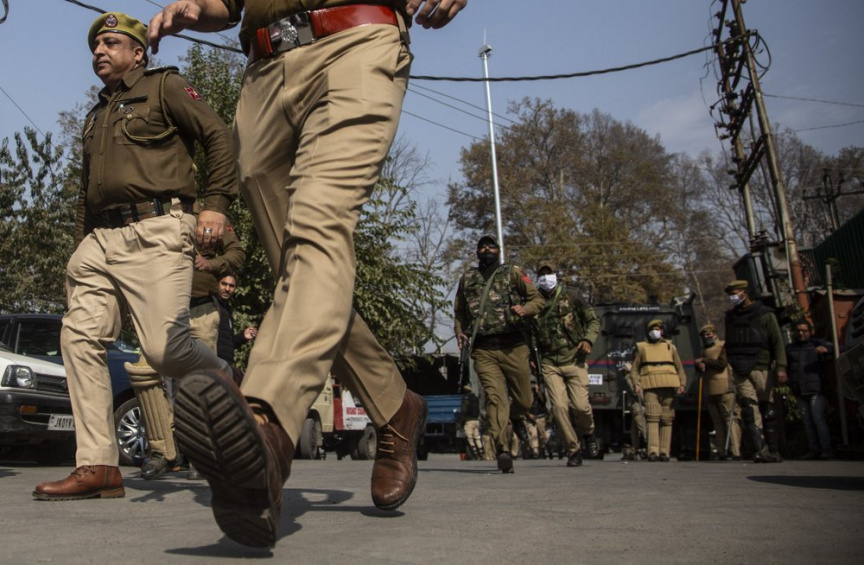 Militants fired at the three members of Prime Minister Narendra Modi’s Bharatiya Janata Party, or BJP, in southern Kulgam district, police said in a statement. The three were taken to a hospital, where they died, it said.

The party says they were members of the BJP’s youth wing and one was general secretary of the party’s Kulgam district. In a tweet, the BJP condemned the killings, calling them a “barbaric terror attack.”

“Those who are responsible for this will not be spared,” it said.

Government forces launched a search for the shooters, police said. Officials did not immediately reveal other details, and no rebel group has claimed responsibility for the attack.

Kashmir is divided between India and Pakistan, and both claim the region in its entirety. Rebels have been fighting against Indian rule since 1989. Most Muslim Kashmiris support the rebel goal that the territory be united either under Pakistani rule or as an independent country.

The attack comes two days after India enacted laws allowing its citizens to buy land in Kashmir, exacerbating concerns from residents and rights groups who see such measures as a way to change the demographics of the Muslim-majority region.

Until last year, Indians were not allowed to buy property in Kashmir. But in August 2019, Modi’s government scrapped the region’s special status, annulled its separate constitution, split it into two federal territories — Ladakh and Jammu-Kashmir — and removed inherited protections on land and jobs. The move triggered widespread anger and economic ruin amid a security clampdown and communications blackout.

Earlier Thursday, police detained several pro-India Kashmiri politicians who oppose the new land laws as they tried to protest the policy in the region’s main city of Srinagar.

Altaf Thakur, a local BJP spokesman, said the party has lost nine members in militant attacks so far this year. In July, militants shot and killed a top politician along with his father and brother, who were also party members.

India describes the Kashmiri militancy as Pakistan-sponsored terrorism. Pakistan denies the charge, and most Kashmiris call it a legitimate freedom struggle.