US assistance in various areas to forward Maldives-US relations 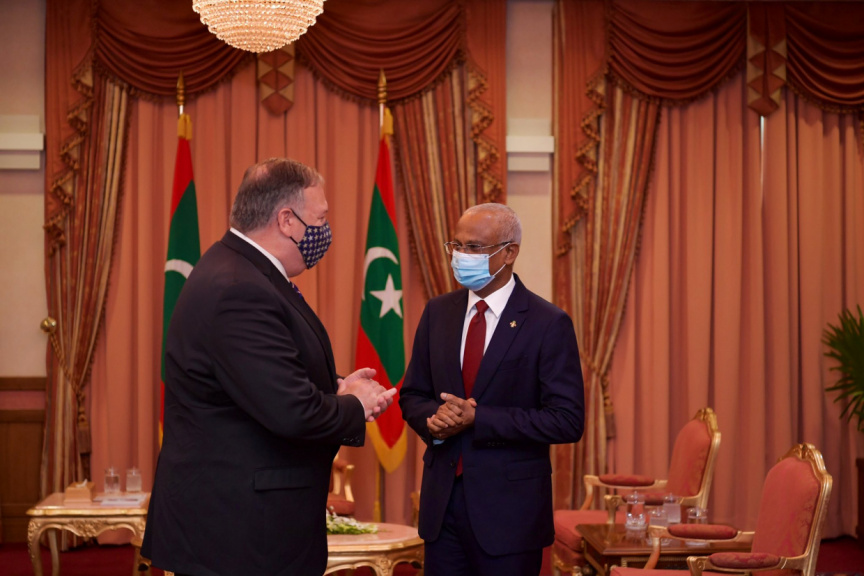 The Secretary of State of the United States Mike Pompeo has stated that relations between the Maldives and the US can be increased by assisting the Maldives in various different areas and developing the nation.

The US Secretary was speaking in an exclusive interview with Raajje TV, a Maldivian TV channel when he said that a lot had to be done in order to increase relations.

Secretary Pompeo said that one of the biggest acts two democracies can do was to pave the way to increase the productivity of the citizens. Secretary Pompeo gave examples whereby US companies could work together with Maldivian companies as joint ventures and US citizens could invest in the Maldives.

He also added that Maldivians could obtain education from the US and return as well as defense force officers who could gain training opportunities. This was the foundation on carrying forward relations between both nations, said Secretary Pompeo.

Secretary Pompeo had met with Foreign Minister Abdulla Shahid and President Ibrahim Mohamed Solih during his brief visit to the nation on October 28, the first time a top US official had visited the Maldives in over 28 years.