Nasheed: China’s bank will not come here to seize assets even if we default on loans 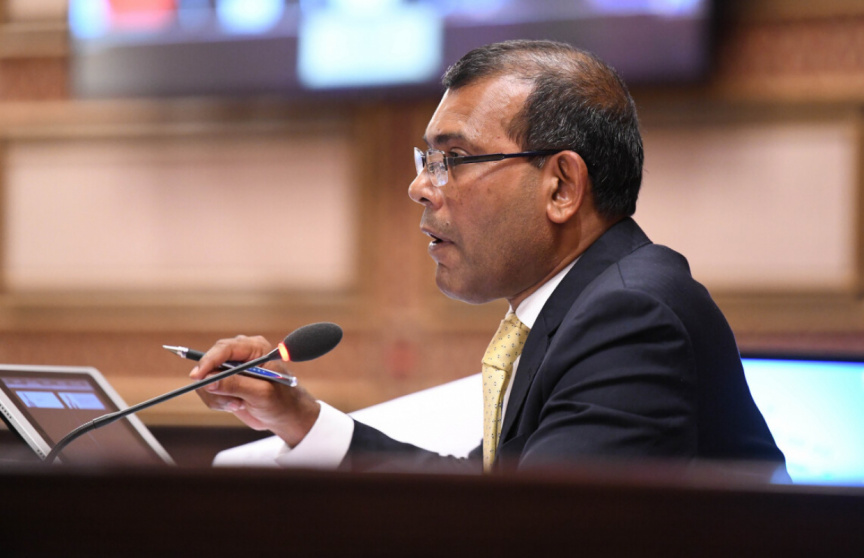 The Whole House Committee’s report on state debt was discussed at the parliament floor on Tuesday.

Nasheed said Maldives is required to pay MVR 7.23 billion as debt service payment for loans taken from overseas in 2021.

“For the Maldivian government to tell countries and banks that we won’t be able to pay the amount when the time comes next year. And for all our creditors to therefore come to us to discuss this. The banks come once such an announcement is made,” he said.

Nasheed said that banks may take two courses of action, one of which is to seize assets.

“Now I don’t believe there’s room or opportunity for a commercial bank in China to come to seize assets. I don’t believe it’s probable at this time. And that’s not how countries operate in the 20th and the 21st century,” he said.

Nasheed said that rather than opting for a drastic course of action, countries will instead engage in discussion to reschedule loan repayment.

“Housing Development Corporation has a large MVR 1.4 billion debt. A large part of it has to be repaid next year,” he said.

He said that failure to secure loan deferments will prove risky.