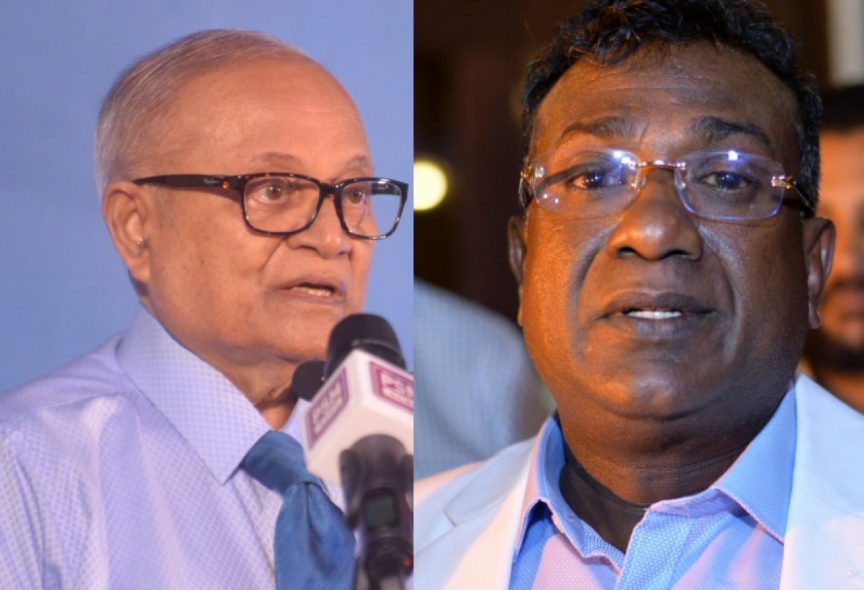 Mp for Kaashidhoo Abdulla Jabir has requested to summon former President Maumoon Abdul Gayoom to court over loans obtained by Maumoon from Jabir.

MP Jabir was speaking during a hearing of the court case lodged regarding alleged loans obtained by Maumoon during the most recent Presidential elections, which Maumoon had failed to repay, according to MP Jabir. MP Jabir has previously criticized the former President over the loan repayments amounting up to MVR 29 million, according to MP Jabir.

MP Jabir was making his own case, without the assistance of lawyers in today's' hearing while former President Maumoon was represented by his lawyer Mohamed Faisal.

The Judge presiding over the case said that Maumoon could not be summoned while he was being represented by a lawyer, however, MP Jabir had the option of calling Maumoon as a witness.

Former President Maumoon's lawyer denied that the loan transaction had happened at any time anywhere. The judge presiding over the case then said that if there were no other issues in the case to be heard, a verdict will be handed out in the concluding hearings.

MP Jabir had also lodged a complaint with police which was rejected due to lack of evidence. The case lodged again with proper evidence, according to MP Jabir. He later retracted the case upon the request of his mother and even forgave former President Maumoon for the alleged loans.