Nasheed says he will push for Ameen’s impeachment, even if against party whip-line 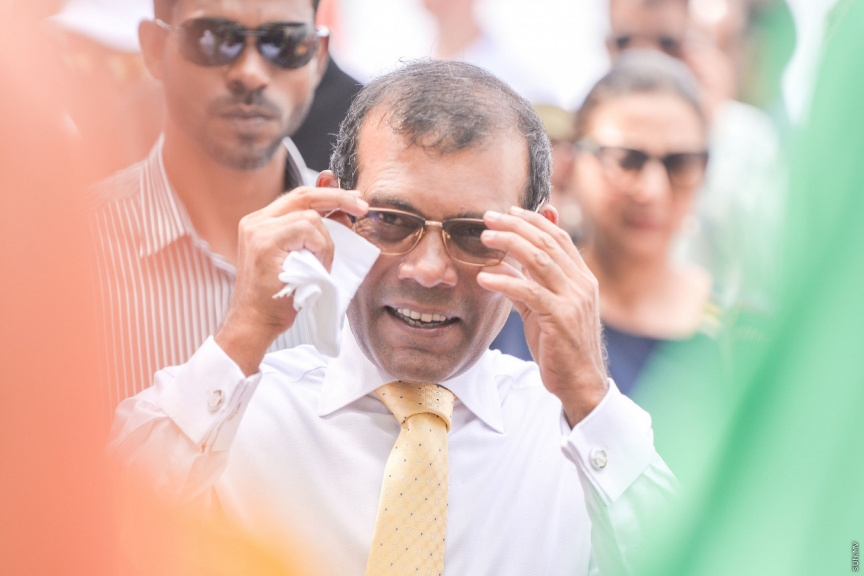 Leader of Maldivian Democratic Party (MDP), Parliament Speaker Mohamed Nasheed said on Tuesday that he intends to proceed with submitting a no-confidence motion to dismiss Health Minister Abdulla Ameen, regardless of the consensus within the party’s parliamentary group.

The MDP parliamentary group failed to pass a vote of no-confidence against Ameen in response to the corruption allegations against him on Tuesday evening.

He said that he was willing to accept whatever consequences are meted out to him by the MDP disciplinary committee for pushing the no-confidence motion in violation of the party whip-line.

“And I will accept the action taken [against me] by the disciplinary committee,” he said.

Differences in opinion among parliamentarians regarding taking a no-confidence motion against Ameen sparked heated exchanges within the Whatsapp group.

Alifushi MP Mohamed Rasheed Hussain (Bigey) said that the dismissal of Ameen should be left for President Ibrahim Mohamed Solih to decide.

Following this remark, Nasheed pointed out that the President himself is on the Whatsapp group.

“Now, those who believe what Bigey is saying with regard to the President should act in accordance with that,” he said.

The parliamentary group of main ruling party MDP convened for an emergency meeting on Tuesday evening to make a decision on submitting a no-confidence motion to the Parliament to dismiss Ameen in response to the corruption allegations against him.

The emergency meeting to take the no-confidence vote against Ameen was attended by 58 parliamentarians. 27 parliamentarians voted that they lacked confidence in Ameen, which fell just three votes short of the 30 votes required to pass the motion.

MDP parliamentarians opposed to Ameen have begun gathering signatures to submit a no-confidence motion against Ameen to the Parliament, regardless of the failure of the attempt to pass the no-confidence vote from within the MPD parliamentary group.

Nasheed asks if changes to Tourism Act can be legalized