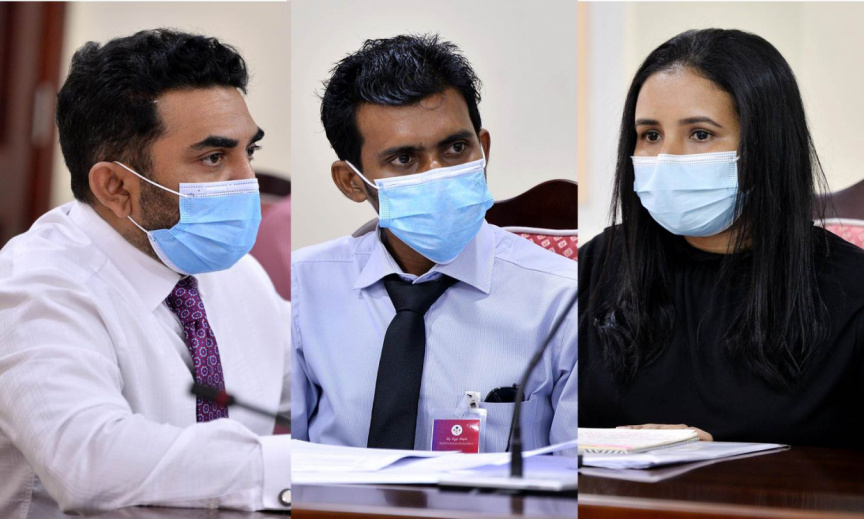 The Prosecutor General’s Office has decided against bringing charges in the case of the ventilator scandal by senior Health Ministry officials.

The PG Office’s decision was based on a lack of sufficient evidence in the case. The Anti-Corruption Commission, last week, had requested charges to be brought against 11 Health Ministry officials last week. A press conference is to be held today regarding the decision by the PG Office.

Those to be charged are:

The case stems from the procurement of ventilators from three companies to increase the capacity of the Maldivian healthcare system regarding COVID-19.

The ACC, regarding the charges it requested, had stated that Minister Ameen was to be charged for providing false information, as well as misuse of official capacity regarding the contract with Dubai based Executors General Trading, one of the companies awarded a contract to procure ventilators.

The Minister had repeatedly stated that the company was recommended to the Bid Committee after being recommended by the World Health Organization in an official capacity, claims that are uncorroborated by the WHO and Audit Report findings into the scandal.

The investigation also found that the Minister had encouraged the participation of two other officials who were not on the committee in the work of the committee. Minister Ameen had also encouraged the 75 percent advanced payment to be paid to the company before obtaining a performance guarantee.

Deputy Minister Nishaama and four others on the committee are charged with awarding the contract without any due diligence and technical evaluations despite the lack of a quotation under the name of the company.

They are also alleged to have changed a document submitted under the name of an individual to the name of the Dubai-based company. ACC alleges that this was done to award the contract to the individual and whitewash the whole procedure. They are to be charged with misconduct in an official capacity and misuse of official capacity.