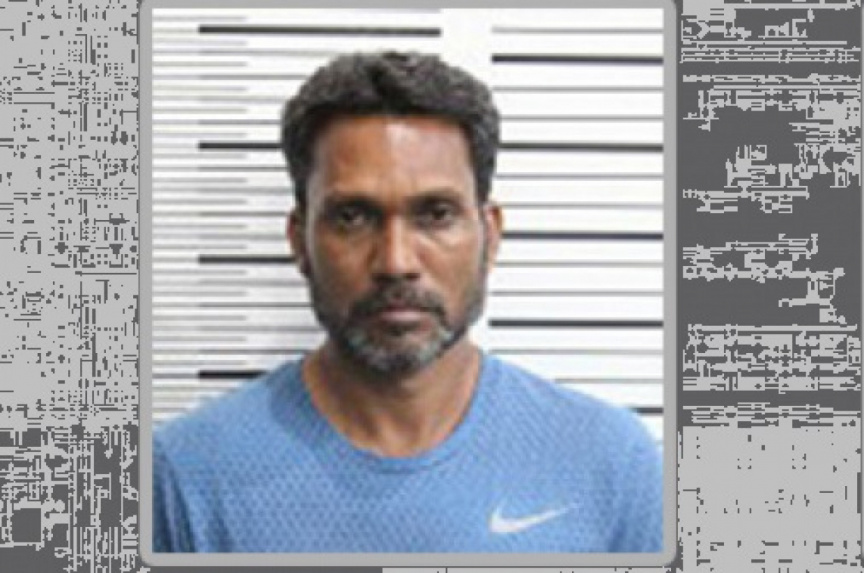 The remand period for Ahmed Moosa, who the police to be one of the ringleaders of a local drug trafficking network connected to a 130 kilo drug bust last week, has been extended by 15 days.

The police seized the drugs from a yellowfin tuna fishing boat in the lagoon of suburban Hulhumale’ on Monday, October 12. The police arrested seven suspects in connection to the case, and released the identities of two suspects they believe to be the ringleaders of the drug trafficking network on Wednesday, October 14; Shaheeb Ibrahim, 42, Lighthouse, G. A. Vilingili, and Ahmed Moosa, 48, Violet Villa, H. A. Hoarafushi.

Ahmed Moosa was initially remanded in custody for five days, and presented before the court for an extension to his remand period earlier this Sunday.

According to the police, the court ordered for him to be remanded in custody for 15 days for the investigation.

The police said that the drugs seized in the operation were smuggled into Maldives via sea in collaboration with an international trafficking network, and that the boat from which the drugs were found was used for the purpose.

The drugs seized in the operation include heroin and methamphetamine.

The police raided two houses in Male’ City and three apartments in suburban Hulhumale’ in the operation.

The seven suspects arrested in the case include local men aged between 25-48 years, and one minor.

The police believe Shaheeb to be also linked with a shipment of drugs seized from an Iranian ship in November, 2019.

The case is under further investigation by the Drug Enforcement Department.

Local transmission of COVID-19 in Kulhudhuffushi