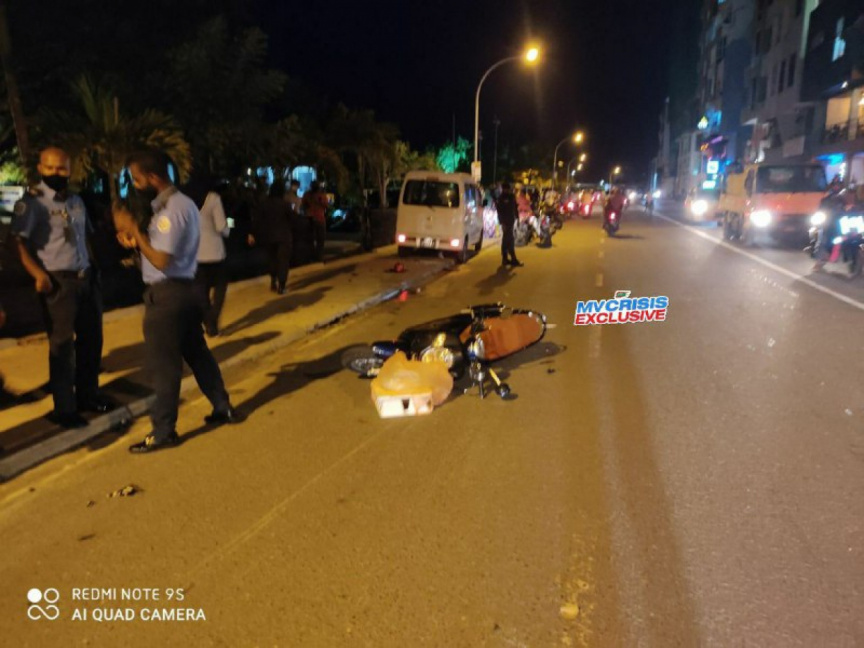 Indira Gandhi Memorial Hospital (IGMH) has stated that a woman who was seriously injured in an accident in Male’ City last night was receiving care in the Internal Care Unit (ICU).

The accident happened around 18:08 last night. The woman was among two who were driving on a motorcycle on the Boduthakurufaanu Magu when a van collided with the motorcycle. The woman on the back seat of the motorcycle received more severe injuries and her condition is serious.

IGMH media officials said to Sun that the woman was in the ICU of the hospital and was connected with an external oxygen supply.

Police are investigating how the accident happened. An arrest is yet to be made in relation to the dangerous accident. Police said that all parties in the accident had their driver's licenses.