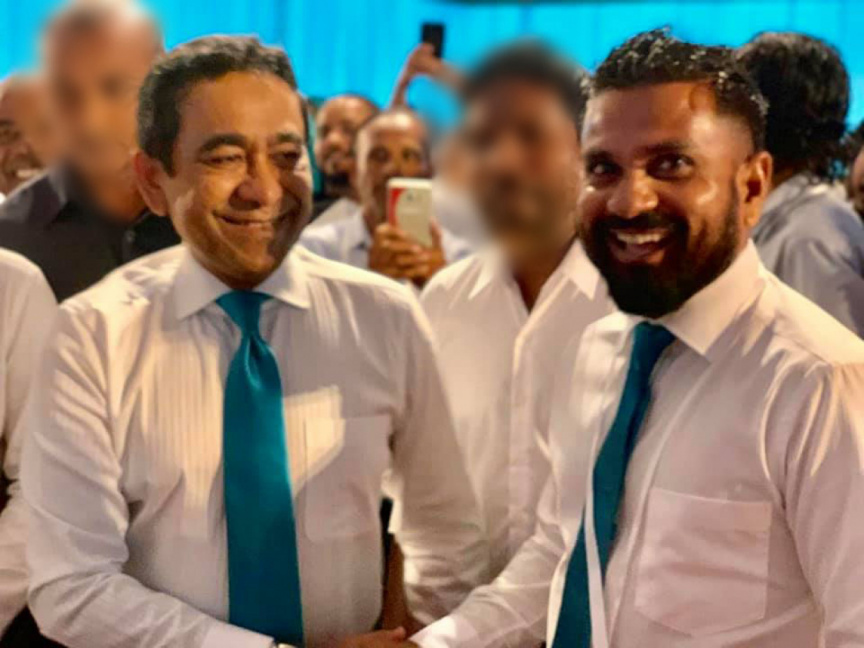 People’s National Congress (PNC) has suspended Shaheeb Ibrahim, who has been arrested and identified by the police as one of the ringleaders of a drug trafficking network connected a recent 130 kilo drug bust.

The drugs were seized from a yellowfin tuna fishing boat docked in Hulhumale’ lagoon on Monday, and included heroin and methamphetamine.

The police arrested seven suspects in connection to the case, and released the identities of two suspects they believe to be the ringleaders of the drug trafficking network earlier this Wednesday; Shaheeb Ibrahim, 42, Lighthouse, G. A. Vilingili, and Ahmed Moosa, 48, Violet Villa, H. A. Hoarafushi.

In a statement on Wednesday evening, PNC, a member of the opposition coalition, said that Shaheeb has been temporarily suspended as a member of PNC council pending the outcome of the case against him.

In addition to being a member of PNC council Shaheeb had served as a coordinator at the Housing Ministry during the previous administration, and had run in the 2019 parliamentary elections.

The police believe Shaheeb to be also linked with a shipment of drugs seized from an Iranian ship in November, 2019.

The seven suspects arrested in the case include local men aged between 25-48 years, and one minor.

The case is under further investigation by the Drug Enforcement Department.