Nasheed on switching to Parliamentary system: Now is not the time 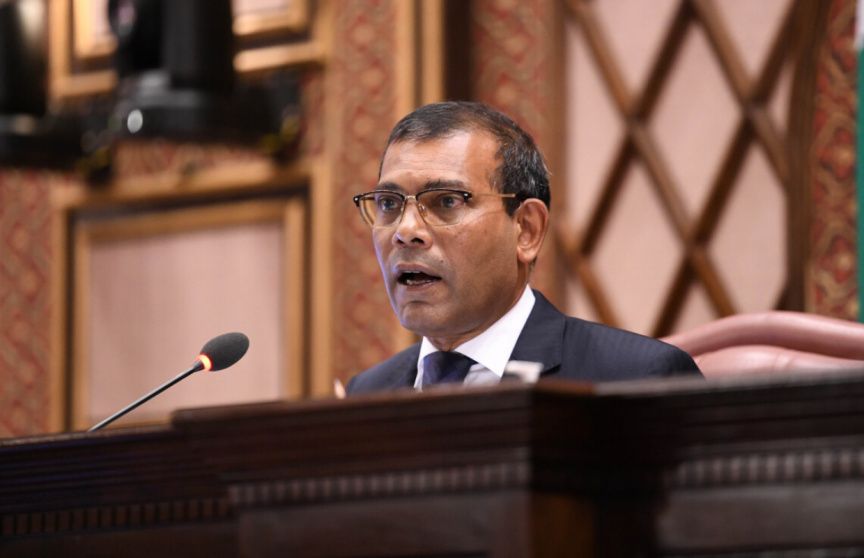 Speaker of the Maldivian Parliament Mohamed Nasheed who is a staunch supporter of a Parliamentary system has stated that this is not the time for a change in the governing system in the country.

Nasheed was speaking regarding an amendment proposed to the constitution in the Parliament today when he said so. The amendment proposed by MP for Kaashidhoo Abdulla Jabir calls to change the governing system of the Maldives to a Parliamentary system from the current Presidential system.

Nasheed said that he believed that a change was of the system was needed, but opposed the proposal by MP Jabir saying that it was not an amendment of that kind.

“The amendment proposed by MP for Kaashidhoo is not an amendment of that type in the slightest. I don’t think that this is the time to go for debate for that path as well.” Said Nasheed.

He added that he wanted such an amendment and that despite the proposed amendment is not fitting the bill, it would go on through the set procedure for such amendments in the parliaments.

MP Jabir’s proposed amendment read that the governing system o the Maldives, despite being written as a Presidential system in the constitution, was not operating correctly as such a system. This factor placed the public in a difficult position leading to public suffering, according to the amendment which then called for a switch to a parliamentary system in order to resolve this.