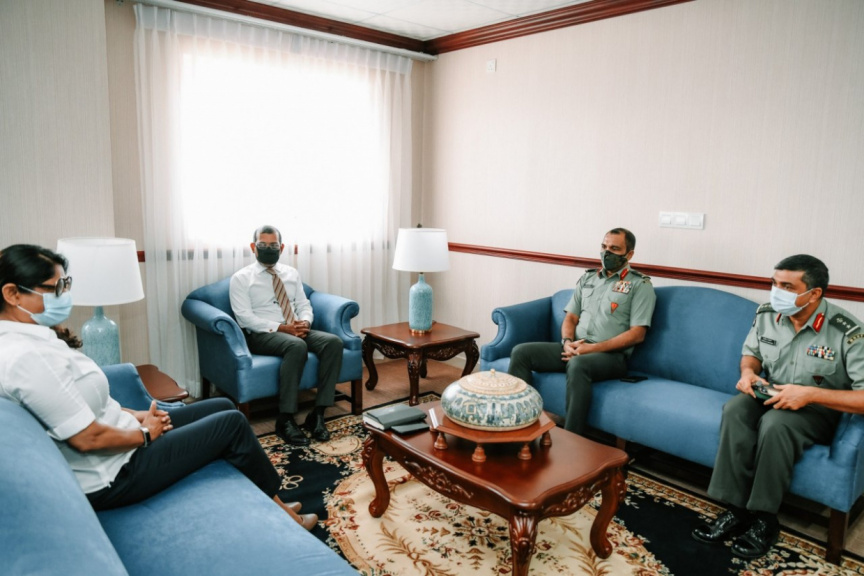 Speaker of the Maldivian Parliament Mohamed Nasheed has met with the senior officials of the Defense Ministry and Maldives National Defense Force (MNDF).

Details of the meeting were not disclosed by the Parliament. Nasheed’s meeting comes on the heel of claims by opposition politicians that neighboring India is attempting to “dig their claws” in the Maldives in terms of influence and military presence, something highly contentious among the public.