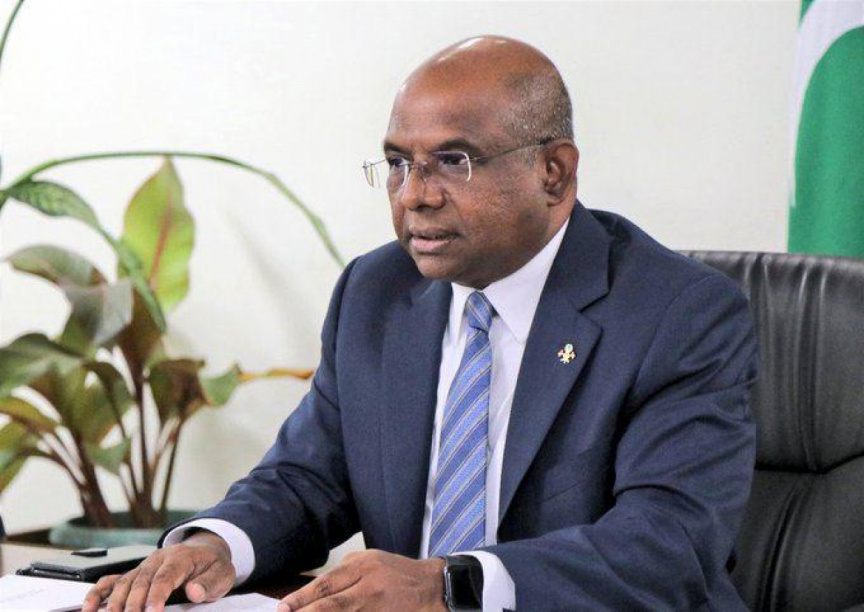 The event was chaired by Bangladeshi Prime Minister Sheikh Hasina, and cohosted with the Global Centre on Adaptation, the Secretariat of CVF.

In his address at the event, Shahid congratulated Nasheed on his appointment as CVF’s Thematic Ambassador for Ambition, stating that his leadership on climate change will bring impetus to the work of CVF and encourage stronger climate action.

“The government of Maldives is delighted and proud to see such an eminent personality from the Maldives being appointed to this high post. We have no doubt that, given his leadership on climate change issues globally, he would be able to bring much needed impetus to the work of this forum” he said.

Shahid renewed the call for scaled up ambition to tackle climate change by submitting stronger and more enhanced Nationally Determined Contributions (NDCs), as well as reducing emissions to keep the global temperature increase within 1.5 degrees.

He stressed that CVF stands out due to the willingness of its members to match words with meaningful action, despite limitations, and called on countries to keep up the momentum in the lead up to COP 26 in Glasgow next year.

“As we look forward to COP 26 in Glasgow next year, we must continue to walk the talk. We, in the CVF, continue to stand out due to our willingness to match our words with meaningful action, despite our many limitations. The time to do better has long passed and the time for more ambitious action is right now,”

Shahid said that more ambitious climate action can only be achieved with access to adequate, predictable and sustainable finance, especially for the most vulnerable communities to climate change.

“The share of this finance is far too less for the most vulnerable communities to climate change. This needs to change for the better,” he said.

Shahid concluded his address by expressing confidence that the CVF will play an important role in scaling up ambition and ensuring a safe and habitable world for the future generations.

“Our blueprint for survival and building back better is investing in a greener, bluer and cleaner economy,” he said.

CVF was founded at the initiative of the Maldivian government prior to the 2009 United Nations Climate Change Conference (COP 15) held in Copenhagen, Denmark.

It remains a unique forum designed to amplify the voice of 48 of the world’s most climate-vulnerable nations.