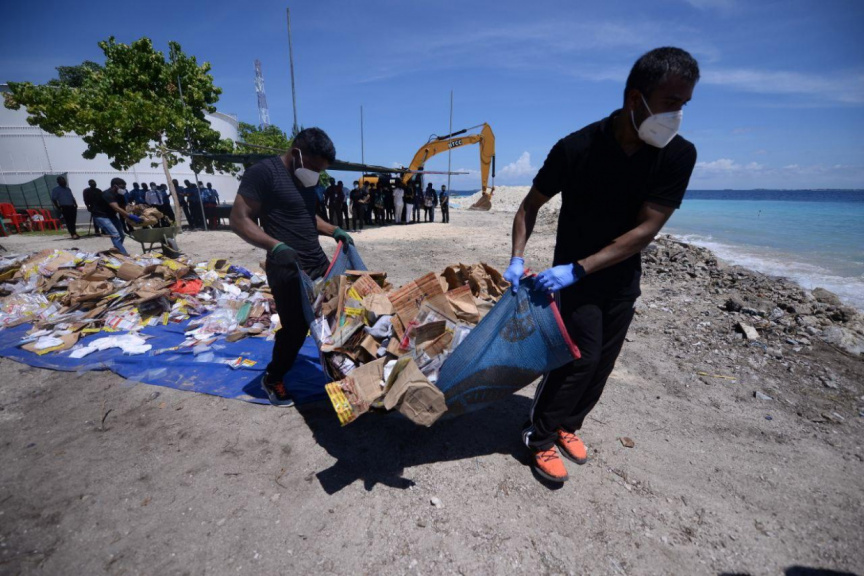 Police have destroyed 324 kilograms of drugs seized in different operations.

The drugs were destroyed in a ceremony held Dhoonidhoo in the presence of media personnel.

Police said that the drugs were destroyed under the watch of a Committee formed by the Prosecutor General’s Office.

“The drugs destroyed were seized up until June 2020. Everything apart from a few cases of drugs seized that have not been permitted so far.” Said Police.

Speaking in today’s ceremony, Home Minister Imran Abdulla said that the government was working hard to save Maldivians from drugs.

“From 2019 June, up until now 1.1 tones of drugs were destroyed. This is a lot of work. This is extremely hard work.” Said Minister Imran.