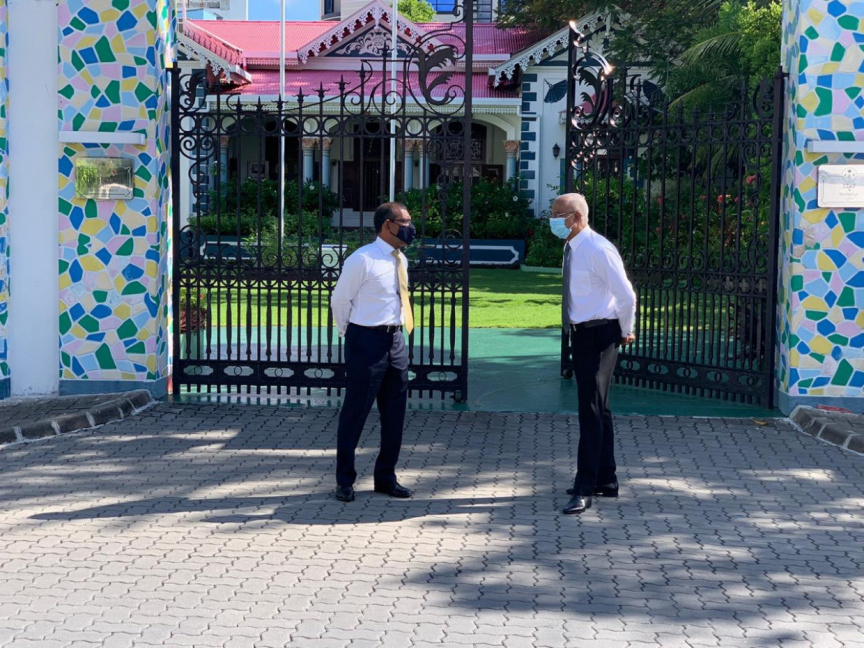 Speaker of the Parliament Mohamed Nasheed and President Ibrahim Mohamed Solih met at the Presidential Palace in Muliyaage today.

The meeting took place in the afternoon. No details of the meeting were disclosed.

President’s Office spokesperson Ibrahim Hood said that he was not aware of any such meetings. However, Speaker Mohamed Nasheed sent some photos of the meeting to Whatsapp groups of MDP.

Nasheed also made a startling comment in the Parliament today. Nasheed said that he was not a partner of the current government.

President Solih and Speaker Nasheed last met in June. There were contentious issues between the government and the parliament back then even due to the handling of the COVID-19 virus in the Maldives.