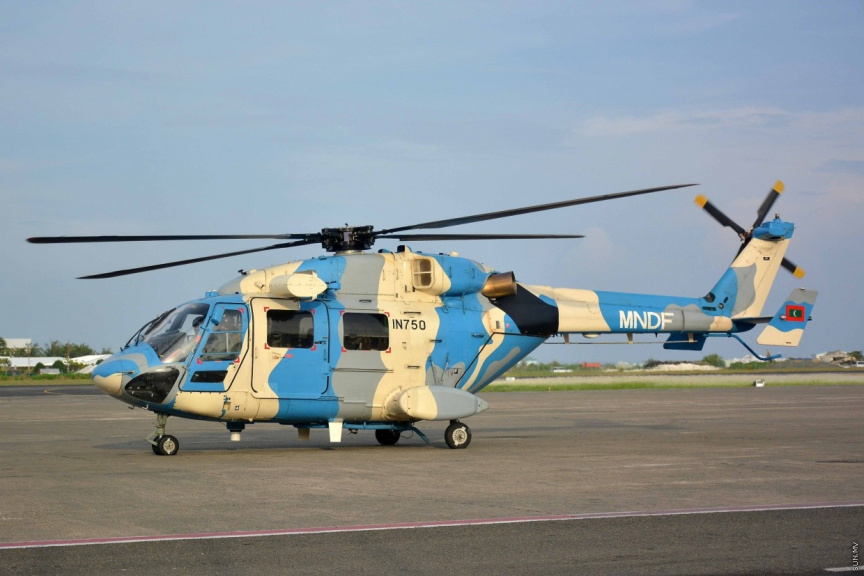 The Maldivian Defense Ministry has stated that the exact number of Indian military personnel in the Maldives could not be disclosed due to a possible strain in relations that could arise from it.

Indian military personnel remains in the Maldives to operate two helicopters and for other purposes. The Ministry stated so in an open meeting held yesterday regarding concerns expressed to the Information Commissioner’s Office by media outlet “Dhiyares”.

The news outlet requested the Defense Ministry to find out the exact figure of Indian military personnel and the expenditure by the state for them on January 29, 2020.

The Ministry also cited the laws regarding freedom of information which stated that the state institutions had the discretion against revealing certain information that could damage ties with another nation or organization.

Due to the refusal, Dhiyares took the matter to the Information Commissioner’s Office where a hearing was held in the matter yesterday.

Defense Ministry Information Officer Mohamed Shimaah reiterated the reasonings previously stated by the Ministry in the letter against disclosing the information.

“When the council decides so, we, senior officers and political figures will not take part. Only those in the most senior position and ranks will take part. When they make that decision, we do not ask any more questions.” Said Shimaah.

Information Commissioner Hussain Fiyaaz then questioned the Defense Ministry officials by asking whether the agreement for the helicopters explicitly stated confidentiality. If such a clause was there, there was nothing else that the Commissioner’s Office could do, said Fiyaaz.

He also added that the Maldives was a very diplomatic nation that did not pursue any action that could damage relations with neighboring nations.

Commissioner Fiyaaz then asked whether revealing the exact figure of Indian military personnel could damage the nation, before adding that if national security was to be cited as the reason against revealing the information, it had to be based on something.

Commissioner Fiyaaz also observed that national security was being cited as the reason for hiding information. He added that the Ministry was also failing to provide a reason as to how the relations between India and Maldives would be damaged.

Based on the information requested by Dhiyares, Commissioner Fiyaaz said that it was not something Shimaah could provide, and a meeting had to be arranged with senior military officials for the purpose.

MNDF frequently uses the helicopters for airlifting and medical emergencies. However, both aircraft are being operated by Indian military personnel.

Speaker Nasheed: I am not a member of the government