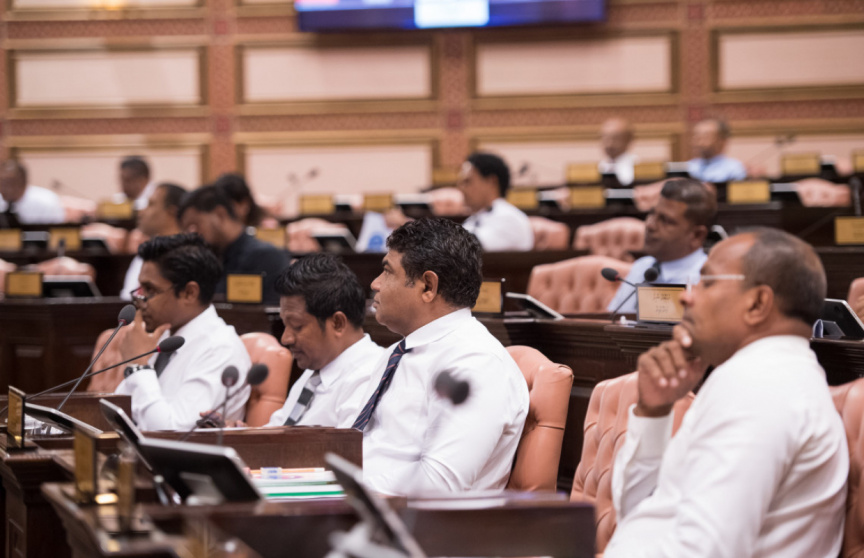 The Parliament’s General Purpose Committee has passed for amendments that will see MPs seated in party arrangements in the Parliament.

Three MPs voted against the move while three MPs voted for, leading to a tie. Committee chair and MP for West Henveiru Hassan Latheef then voting in favor of the move.

The amendment will only come into effect once voted and passed by the entire parliament.

Changes to the seating arrangement were proposed at the beginning of the 19th parliament by Speaker Mohamed Nasheed. Seating arrangements based on political parties are commonly utilized in different legislative bodies across the globe.