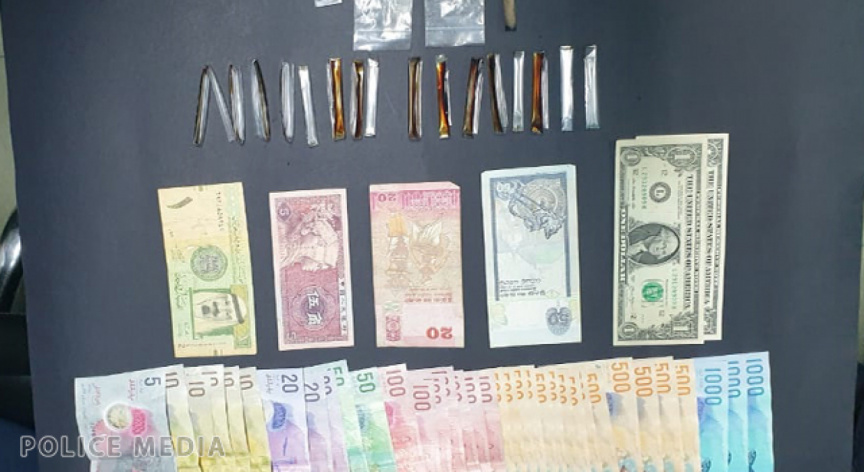 Items seized by police during an operation in Hulhumale' on October 4, 2020. (Photo/Police)

Four individuals have been arrested in connection with a drug operation in Hulhumale’ yesterday.

Police used K-9 units in the operation yesterday. All four arrested are locals. They are two men aged 29, one aged 22, and a 21-year old woman.

Police said that three flats in Hulhumale’ were searched as part of the operation. 17 rubber packets, 16 pieces of cellophane as well other accessories were seized during the operation.

Photos disclosed by police showed around MVR 10,000 in cash as well as foreign currency which were also seized during the operation.

Police are further investigating the matter. The operation was conducted in collaboration between the Hulhumale’ police and Intelligence department of police.