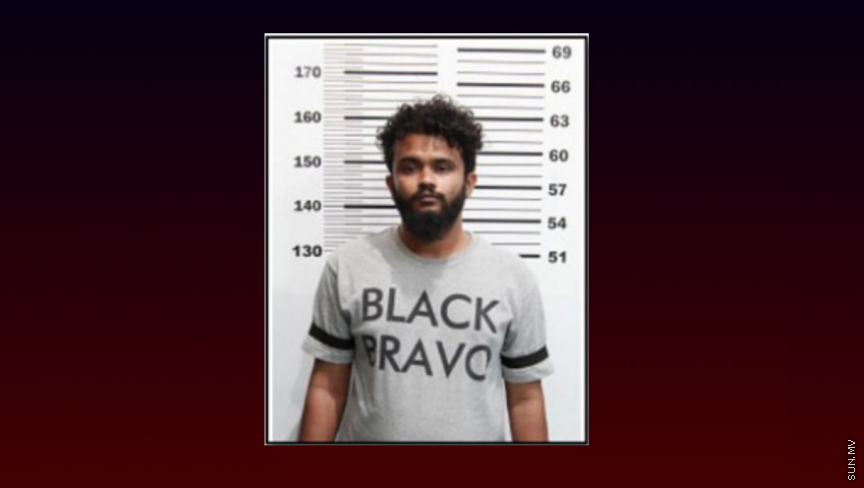 Alleged local drug kingpin Abdulla Ibrahim (Abucha) and an additional suspect arrested in an ongoing counter-narcotics operation in Addu City, have been ordered to jail pending the outcome of their trial.

The operation, a multi-departmental collaboration between the Drug Enforcement Department (DED), Drugs Intelligence Unit, Divisional Intelligence Department, Marine Police, and South Police Division, was launched on Thursday, October 1, based on an intelligence report of an attempt to smuggle in drugs into Maldives via sea by a group of locals led by Abucha, in collaboration with international traffickers.

The police have made 14 arrests in the operation, and have seized approximately 98.6 kilos of drugs so far, including heroin, MDMA, and amphetamines.

The suspects – aged between 23 to 40 years - were presented before the Hithadhoo Magistrate Court for their remand hearings earlier this Sunday.

The court ordered for Abucha, 33, Finifaru, S. Hithadhoo, and Mohamed Yameen Naseer, 23, Koalhi, S. Hithadhoo, to be jailed pending the outcome of their trial.

Meanwhile, the remaining suspects, whose remand hearings have been concluded, have been remanded in custody of the police for five days.

Abucha has long been under the police radar, with prior arrests for drug offenses, gang rape, sexual assault, gang violence, and obstruction.

He had been arrested in a DED operation on July 30, 2019. He was charged for drug smuggling and trafficking, but was later released by the Criminal Court on September 30, 2019.

The counter-narcotics operations remains ongoing in Addu, and the police continue to conduct search operations in locations across the city.

The police said the operation was initiated based solely on locally developed intelligence, and not based on intelligence provided by any international agency.

However, information regarding the drugs seized in the operation has been shared with several international agencies in accordance with standard protocol, to investigate the link between the drugs and international drug trafficking networks.