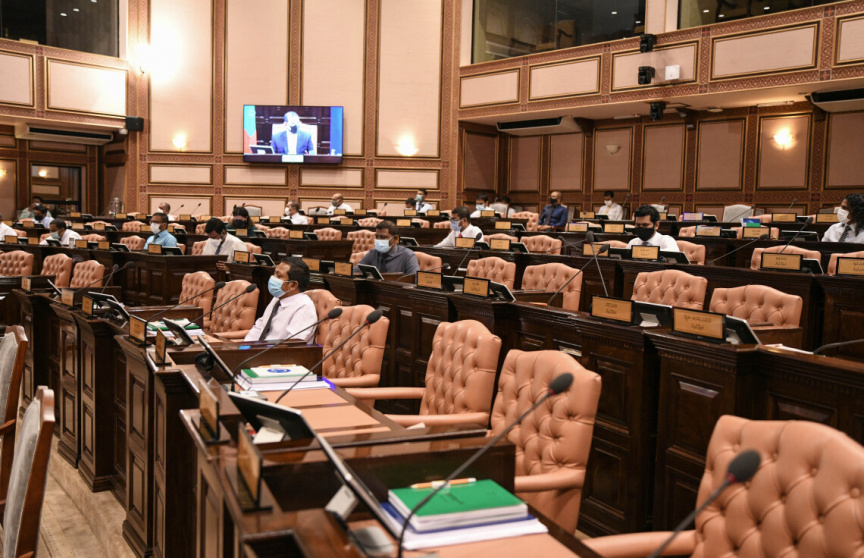 Discussions have begun on proposed changes to the Parliament seating arrangements.

“Members of political parties seated in the order of their political parties. The rationale and writings are there. In Maldives, Parliament work is not conducted in atoll by atoll, but based on parties.” Said MP for West Henveiru Hassan Latheef who chairs the Parliament’s General Purpose Committee.

Some MPs also stated that seating arrangements based on parties were very important.

“The governing party on the right. Opposition party on the left, with every political party and MPs from H.A. Atoll and S. Atoll. Independent members will be seated on the left side in the order.” Said MP Thoddoo Hassan Shiyan who proposed the idea.

The next proposed arrangement is based on the Dhivehi alphabetical order. Based on these two proposals, the Committee will finalize a report.

Lawyers: Ex-football star was not arrested with drugs