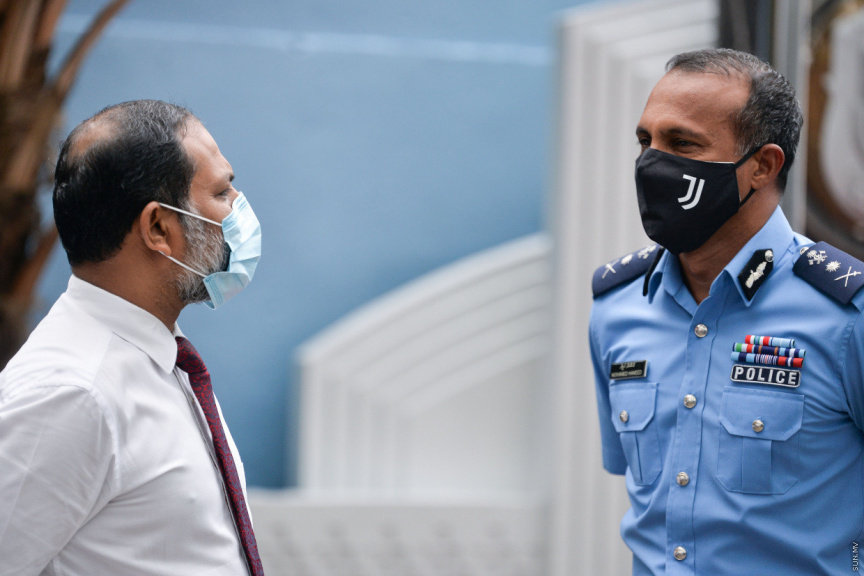 Home Minister Imran Abdulla has stated that the government will not protect drug dealers.

The statement by the Minister follows an 80kg drug bust in Addu City yesterday. Police also arrested a drug “kingpin” from the city named Abdulla Ibrahim (Abucha) who has a notorious history of criminal activities.

Some allegations that Abdulla Ibrahim remained free from prison due to him belonging to the governing MDP party have been made. Others have alleged that the drug kingpin could soon go free due to his political connections.

Police have been conducting several operations to stop the trafficking of drugs in the Maldives. Minister Imran said that the efforts were now succeeding in getting results.

“The reason for the success in stopping drug trafficking is because the current government does not protect drug dealers.” Said Imran.

The Minister also said that yesterday’s drug bust was due to the skillfulness and capability of the Drug Enforcement Department of police.

Commissioner of Police Mohamed Hameed has also made similar comments.

Police conducted an anti-drug operation in Hulhumale’ today as well.