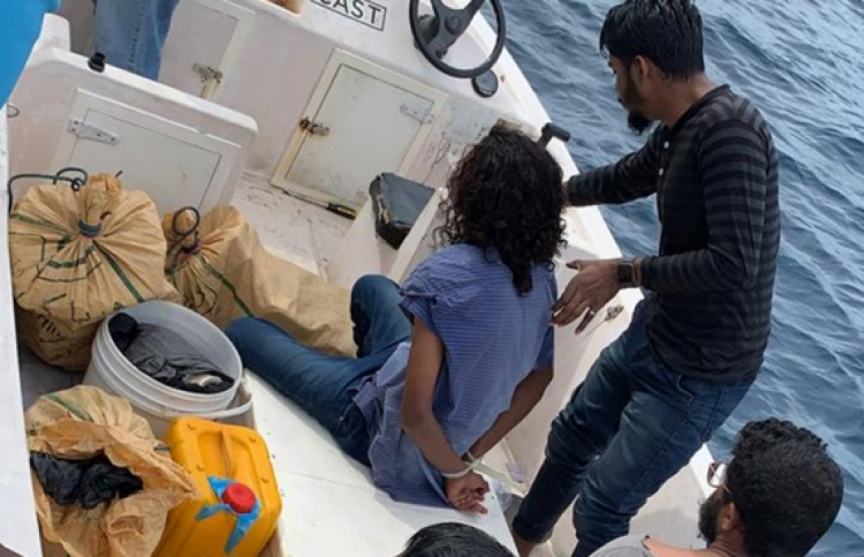 The contraband seized yesterday, was reported by some international media, most notably Pakistani outlets as through an international operation involving Pakistan’s Anti-Narcotic Force (ANF). Media outlets reported that the drug bust was worth billions in rupees.

Commissioner of Police Mohamed Hameed, in a tweet, said that police were conducting an anti-narcotic operation in Addu City in the south.

The operation was conducted by the Maldivian Police’s Drug Enforcement Department and Drug Intelligence Unit as well as marine police and police divisions of the southern regions, according to the Commissioner of Police.

He added that discussions would be conducted with international parties, as the case progressed. The Commissioner noted that the Maldives has been working to combat drug trafficking. Former National Football Team star Shamweel Qasim (Bonda) was also arrested along with a supposed drug kingpin of Addu City named as Abdulla Ibrahim (Abucha). Police said that Abdulla Ibrahim had a long record of criminal activity.

What happened in the operation?

The drugs were seized from a boat as it was being towed into Addu City yesterday in the evening.

“The boat was being towed towards Addu City by another speedboat. Police arrived as the boat neared the harbor of Hithadhoo. The drugs were on the speedboat.” Said an individual from Addu City. The arrest of former footballer Shamweel Qasim came as a surprise for many.

Shamweel Qasim's exact involvement in criminal activity remains unclear for now. After stepping away from his footballing career, Shamweel has been working in the fisheries industry and is even contesting for a seat on the Addu City Council in the upcoming local council elections as an independent candidate.

It seems that the drugs were loaded onto the boat from another foreign boat near the oceanic borders of the Maldives. The local boat was then supposed to ferry the drugs to the southern city of Addu before it ran into trouble, which then brought the speedboat for towing purposes.

The supposed “kingpin” arrested yesterday, named Abdulla Ibrahim has a long history of criminal activity. He was arrested in drug-related offenses nine times on previous occasions.

Police arrested Abdulla and four others in July 2019 for trafficking six kilos of diamorphine. The network then attempted to throw one of them under the bus, to save the others. One of the individuals arrested later admitted and took responsibility for the crime.