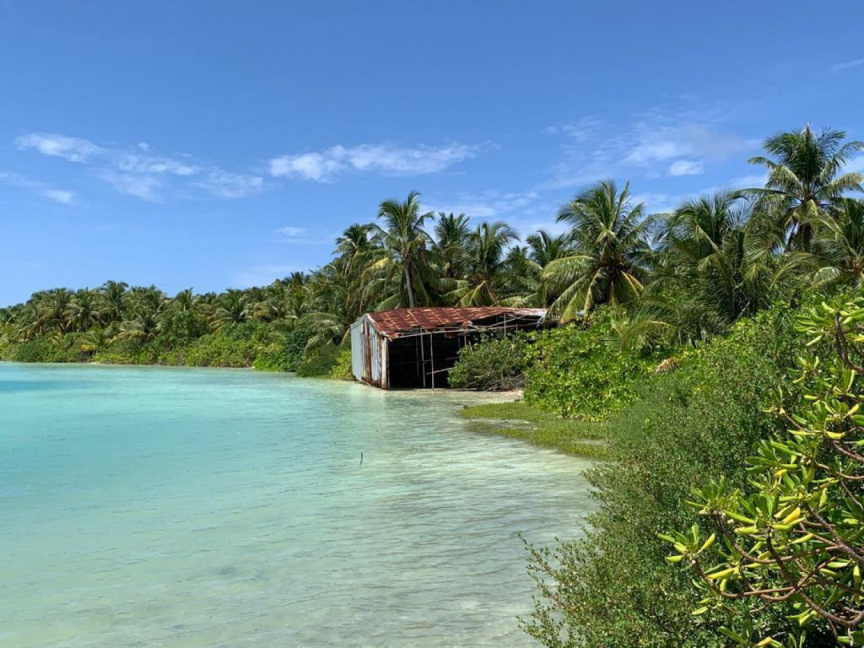 A tweet by the MP after meeting with Minister Mausoom, read that the project was very much in the interest of the public who wished to showcase the natural beauty of the beaches of Gan with foreigners.

Speaking with Sun, MP Wishaam said that the project has been halted for years now after initially being awarded to develop to a company 12 years ago.

“If the island is developed, the area will gain a lot of advantages. We can remain idle and leave the place to disintegrate.” Said MP Wishaam.

He also noted that the L. Atoll Council members and Gan Councilors had met with the government to raise their concern over the project last year.

The company Premier Equity Ltd was awarded the project to develop the training school on the island which is 4.6 hectares in size on September 28, 2005.