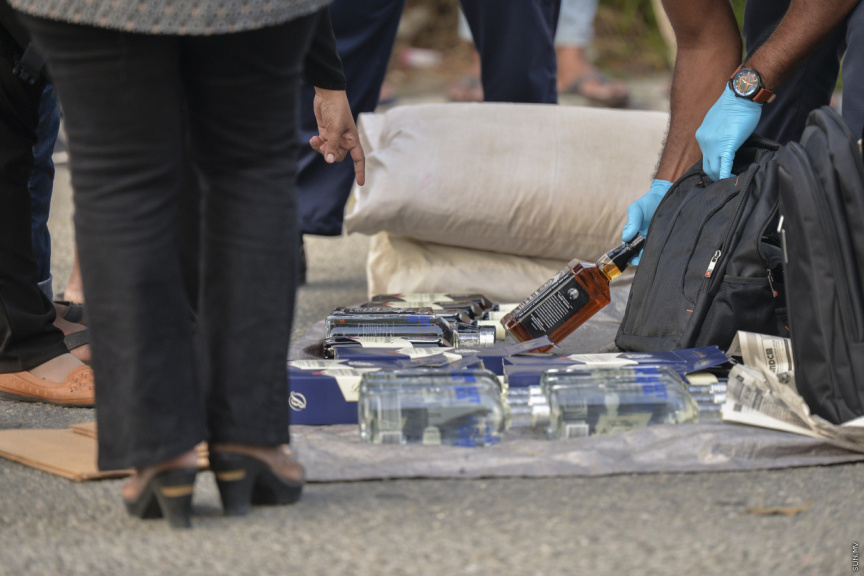 Police have arrested four for possession of alcohol after an operation.

The operation was carried out based on information obtained by police intelligence. Police stopped and searched a pickup truck in Male’ City on September 21.  10 packets of alcohol, 72 bottles of alcohol, and 192 cans of beer were confiscated by police from the truck.

Police said that foreign nationals inside the pickup had tried to escape and even attacked officers during the operation. Those arrested are a 31-year old local male and two Bangladeshi nationals aged 26, and one more aged 28.