Judge suspended due to ex-VP Adeeb's case returns to work 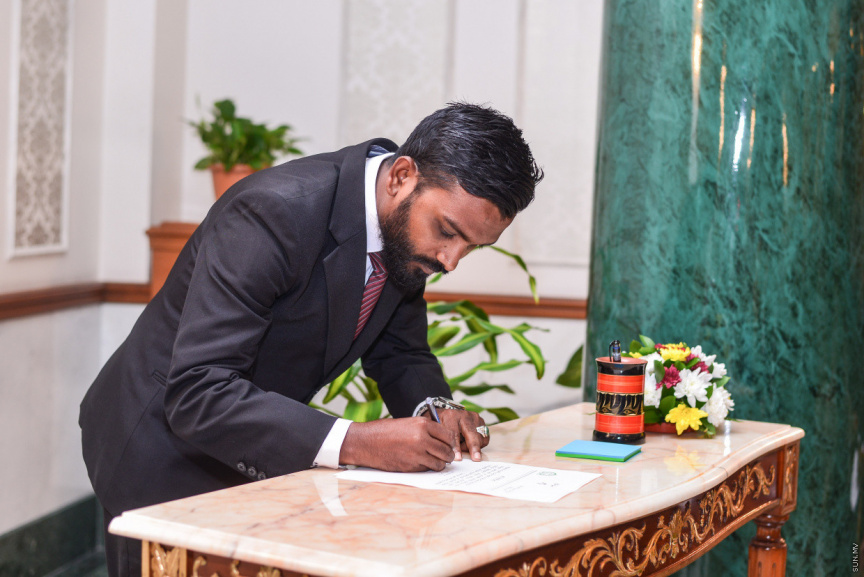 Judge Ismail Rasheed of the Criminal Court who was suspended by the Judicial Service Commission after dismissing the case of former Vice President Ahmed Adeeb has returned to work after completing his suspension.

Judge Ismail Rasheed caused controversy when he dismissed the seven charges against former VP Ahmed Adeeb who is accused of involvement in the massive MMPRC scandal.

Judge Ismail Rasheed ruled to dismiss the charges during the preliminary hearings of the case after reviewing the confession agreement signed by Adeeb with state authorities.

The Prosecutor General’s Office (PG Office) appealed the case to the High Court, which today ordered a review of the case. Adeeb himself has admitted that the charges were thrown out incorrectly by the lower court.

Judge Ismail was suspended by the JSC for two months after the PG Office lodged a complaint with the JSC regarding the case. JSC is also conducting a formal inquiry into the judge.

Judge Ismail has now returned to work. JSC stated that the inquiry into the judge was now nearing its end.