PPM-PNC: Move to suspend parties, an attempt to incapacitate the opposition 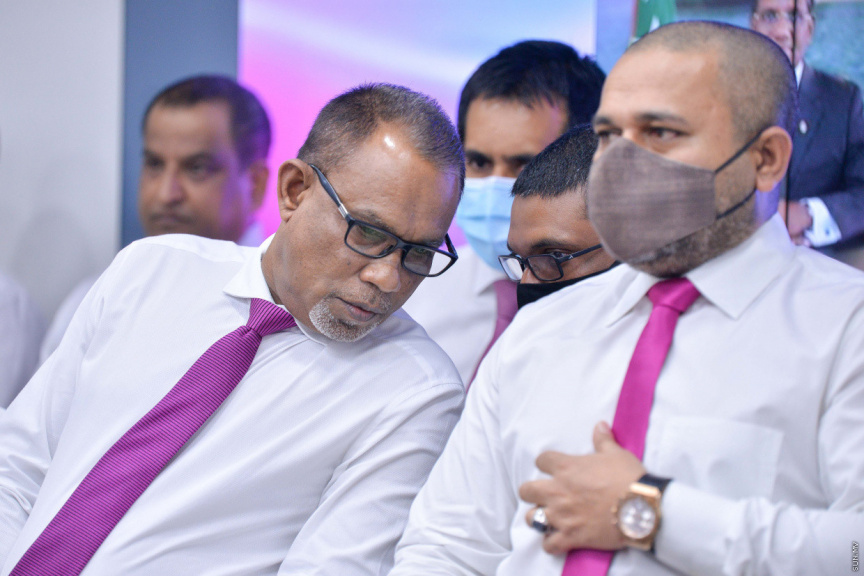 The opposition coalition, composed of PPM and PNC, said on Wednesday that the work underway to revise the law to allow for suspension of political parties is a move to incapacitate the opposition.

One of the amendments EC wishes to make is to allow for political parties to be suspended as a penalty for violations of the Political Parties Act.

He accused President Ibrahim Mohamed Solih of exerting undue influence over EC, and said that the amendment in question was being made in accordance with his wishes.

“This amendment to Political Parties Act is being made at Ibrahim Mohamed Solih’s say-so out of fear his administration will collapse, and will end. Once suspended, they won’t have any opposition, right?” said Shiyam.

“We say this is a deliberate move to bind our hands. To bind the hands of competitive opposition parties,” he said.

“The media needs to know the specifics of the agreements. This work is directly operated by and in collaboration with India, to defend the current administration,” he said.

EC said it is working on making a drafting amendments that the commission, to address issues that have come to its attention as the regulatory body of political parties.

EC’s vice chairperson Ahmed Akram said the revisions will cover 75 percent of the Act, and will be submitted to the Attorney General’s Office within September.

EC said that it began drafting amendments to the Political Parties Act following counsel from political parties, and will consult with the parties before finalizing the draft and submitting it to the Attorney General’s Office.