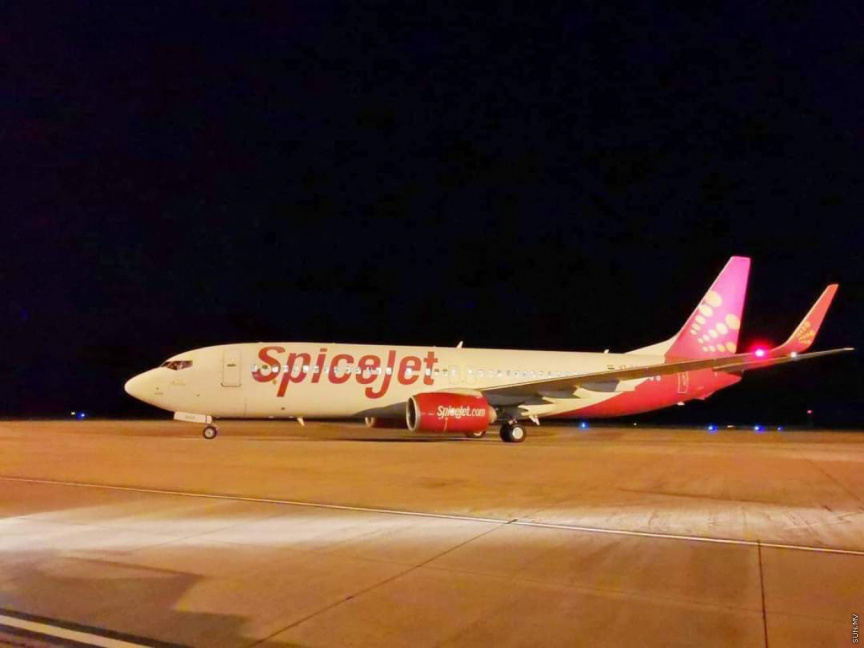 A SpiceJet flight that landed in Gan International Airport on September 14, 2020.

Gan International Airport has stated that a Spice Jet flight that landed at the airport yesterday was not transporting Indian military personnel but laborers for the police academy under construction in Addu City.

Managing Director of AIA, Gais Naseer said to Sun that the flight was carrying laborers for the Indian funded Police Training Institute and Law Enforcement Academy.

“The flight was carrying 165 laborers of the Shriavanthika Company for the training school here.” Said Gais. They were all in quarantine at the Dhoogas guesthouse in Addu City as a precaution against COVID-19.

Addu City Council also confirmed that no military personnel was on board the flight.

The Police academy in Addu City funded by India has drawn public controversy. The Indian embassy in the Maldives has also stated that the academy was not a military center and that no military activity would be conducted there.

Addu City to have its first picnic zone