Yameen Rasheed's murder suspect says he was tortured in jail 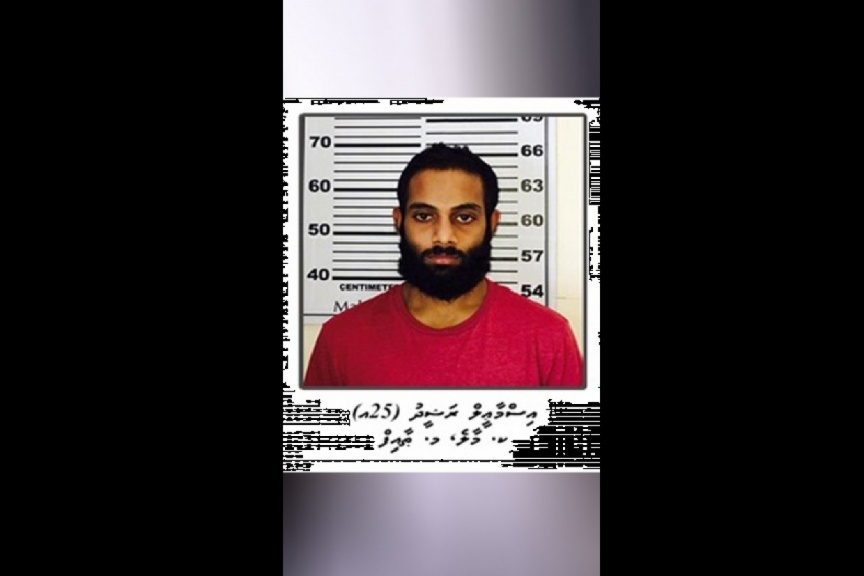 Ismail Rasheed, one of the suspects in the brutal murder of blogger Yameen Rasheed in 2017, told the court on Monday that he was tortured in jail.

Hearings in the murder trial were scheduled to resume this Monday after a long pause. Before starting the hearing, Judge Adam Mohamed questioned the defendants whether they objected to the remote hearing.

The lawyer for one of the defendants said he did not object, while the lawyers for the three other defendants voiced objection, citing that they had not been able to meet their clients in days. They requested that the hearing be rescheduled to a later date.

Responding to the request, the judge announced that a hearing will be scheduled after granting one week for the lawyers to meet the defendants.

Before the hearing was adjourned, Ismail Rasheed’s lawyer Maumoon Hameed, the president of Bar Council, said that he wished to bring the court’s attention to an important matter.

When granted permission to raise the issue, Maumoon Hameed said that his client faced inhumane abuse during his time in Male’ Prison, and continued to face torture following his transfer to Maafushi Prison. He said that his client wished to be granted the opportunity to speak of the alleged torture himself.

According to Ismail Rasheed, the alleged incident took place inside his cell on March 14, between Magrib and Isha.

He said that there were three people inside the cell at the time; himself, Hussain Ziyad - one of the other defendants in the trial, and another detainee.

Ismail Rasheed said that prison officers entered the cell after using pepper spray, a measure which he said was unprovoked.

He said that he heard the officers yell “kill the dogs” before a large group of officers entered the cell and sprayed his face with pepper spray, pushed him to the ground, cuffed his hands behind him, and proceeded to kicked him.

“They hit my face with pepper spray even after I covered my face beneath my body. And when I got the opportunity, I told them not to think I wouldn’t find out their identities. When I said that, they grabbed my face again and sprayed pepper spray, including directly into my eyes,” he said.

Ismail Rasheed said that the officers kicked him, dragged him out of the cell and threw him into the compound.

He said that he lost consciousness at that point, and regained consciousness to the sound of screams from his cellmate, Hussain Ziyad, who was screaming that he couldn’t breathe.

“My hands were cuffed behind my back even then. I don’t know how much time passed. Blood circulation was cut off to my hands,” he said.

“There was a duty officer near me, and I told him that even if we do not receive justice in this life, they will need to be accountable for their actions in the afterlife.”

He said that the remark was met with jeers and harassment from the officers.

Ismail Rasheed said that failure to return his belonging and the denial of medical care, he staged a hunger strike on March 17 that lasted three days and 12 hours.

He said that he ended the hunger strike after Maldives Correctional Service promised to ascertain his rights.

He said that Maldives Correctional Service failed to provide a solution in the six months that have passed since then, and that he had received a response to only one out of multiple complaint forms he lodged.

Maumoon Hameed, citing the alleged torture, asked the judge to relax the conditions of his detainment.

However, the judge said he will meet and question relevant officials before considering a change to his detainment.

Yameen Rasheed was stabbed to death in the stairwell of his residence on April 23, 2017.