Nasheed alleges ‘India Out’ calls in Maldives made by ISIS cells 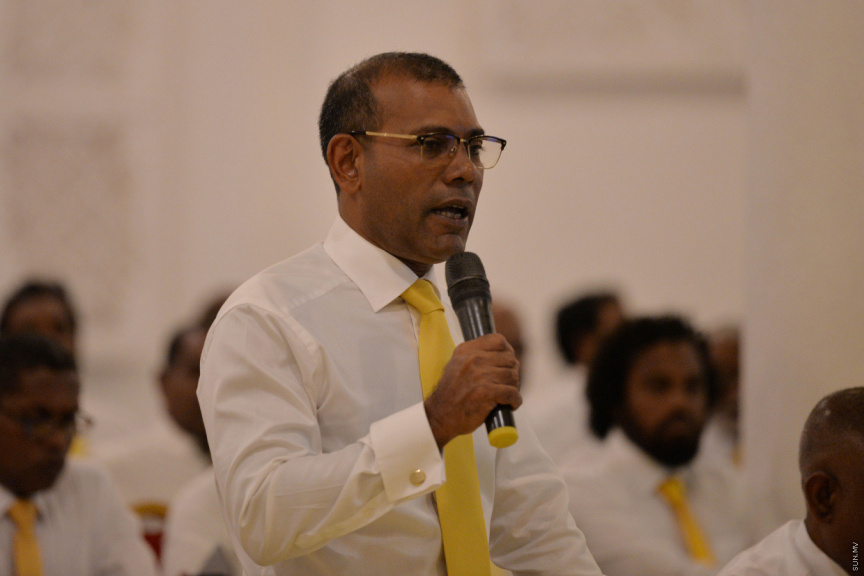 Parliament Speaker, former President Mohamed Nasheed said on Sunday that ‘India Out’ calls, demanding that all Indian military personnel be expelled from Maldives, are made by ISIS cells operating in Maldives.

The ‘India Out’ movement has gathered in strength in recent weeks, with the main opposition political parties alleging that the current administration is allowing for Indian military presence in Maldives, putting the country’s independence and sovereignty at risk.

In a tweet on Sunday evening, Nasheed, who supports close Maldives-India relations, alleged that ‘India Out’ calls were being made by ISIS cells operating in Maldives.

“India Out calls are made by ISIS cells operating in Maldives. Many international organizations are clear on that now,” he said.

Nasheed also accused the opposition coalition, composed of PPM and PNC, of supporting ISIS with their use of the ‘India Out’ slogan.

“If PPM-PNC wishes to use this slogan, then you are supporting ISIS occupation of Maldives,” he said.

The allegations by the opposition stems from the presence of Indian military personnel in Maldives to operate two Dornier helicopters donated by India, used primarily for medical evacuations. Chief of Defense Force Major General Abdulla Shamaal recently stated that he doesn't consider it as "foreign military presence" because they aren’t armed.