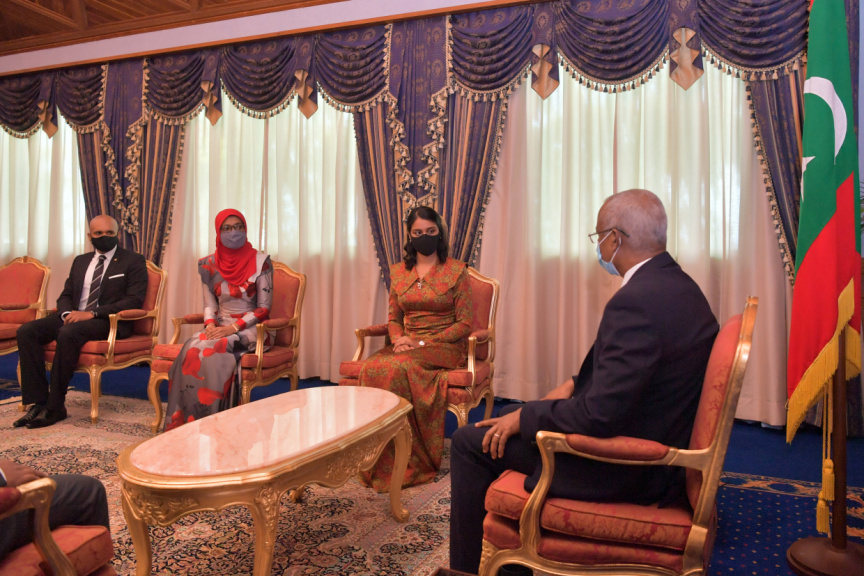 The three new members are:

They were presented with their letter of appointment in a ceremony held at the President’s Office on Tuesday.

Their oath of office was administered by Chief Justice Ahmed Muthasim Adnan.

Of the three new HRCM members, Shifaath holds a Master of Criminology from the University of Sydney, Australia. She had previously served as the Acting Secretary-General of HRCM and most recently served as HRCM's Director of Research and Monitoring.

Moomina is a graduate of the University of Sydney, Australia, and holds a Masters of Human Rights and Democratization (Asia Pacific). She had previously served as the Human Resources Manager at Tree Top Hospital and most recently served as a consultant on the delivery of the labor and employment mandate at the Economic Ministry.

Meanwhile, Adham holds a Doctor of Philosophy in Law (International Law) from the University of Wollongong, Australia. He previously served as a Lecturer for Public International Law at Villa College. He is also a recipient of the President's Award for Achieving the Highest Academic Qualification, and of the Australia Leadership Award.