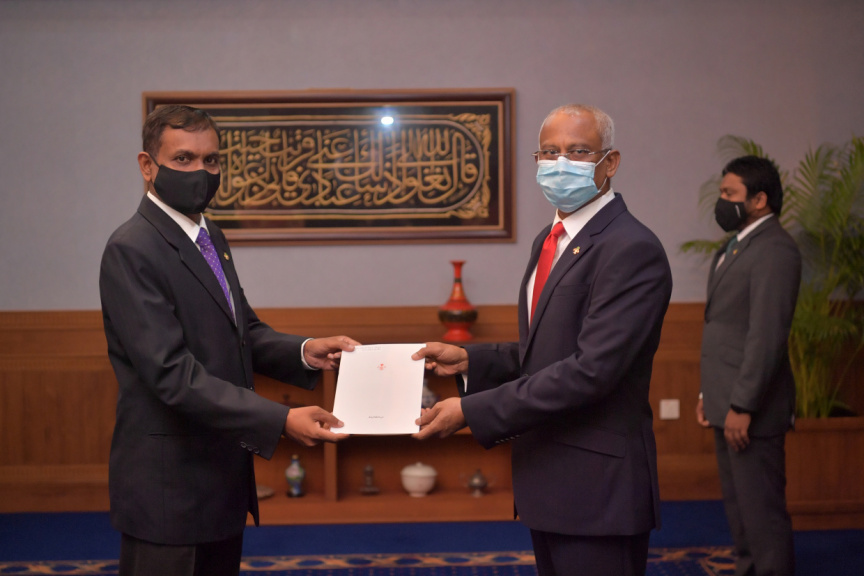 The appointment was made stipulated in Article 158 (g) of the Constitution, which declares the composition of JSC, and Article 3 (vii) of the Judicial Service Commission Act, which mandates that the President of CSC should automatically be conferred membership of JSC.

Nasih was presented with his letter of appointment to JSC in a ceremony at the President’s Office on Tuesday.

His oath was administered by Chief Justice Ahmed Muthasim Adnan.