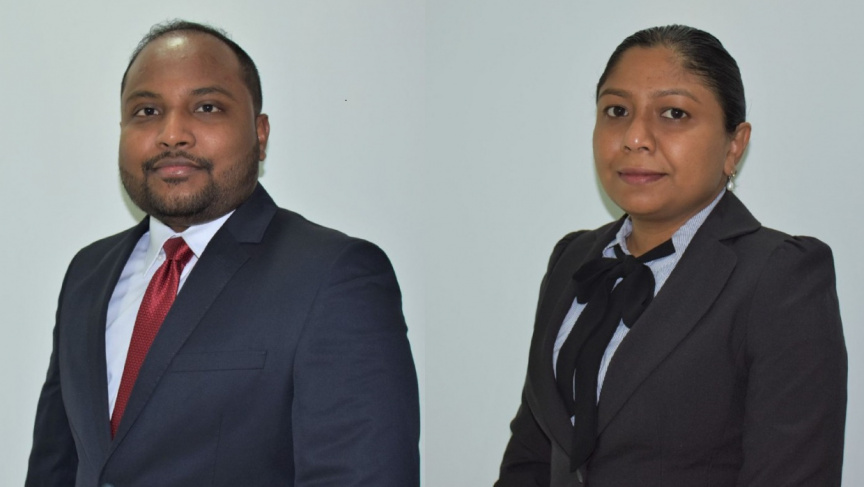 JSC opened applications for the two vacancies at Criminal Court in August, following the resignation of Judge Hassan Najeeb on July 6, and the resignation of former Chief Judge Ahmed Hailam on December 3 in face of a no-confidence motion at the Parliament.

Applicants were vetted by the advisory committee on appointment of judges, which, in a report it submitted to the commission following the vetting process, listed both Dheebanaz and Misbah as “highly recommended”.

JSC voted in favor of the committee’s recommendation, and Dheebanaz and Misbah took their oath in a ceremony held at JSC earlier this Wednesday.

Of the two new judges, Dheebanaz is the first female judge to be appointed to the Criminal Court. She has a Bachelor of Law (Honors) from Islamic University Malaysia, and a Master of Law from University of Canterbury in New Zealand. She has 17 years of experience in criminal litigation, which includes service as Deputy Prosecutor General.

Meanwhile, Misbah has a Bachelor of Sharia and Law from Al-Azhar University in Egypt. He has six years of experience as a public prosecutor and in private practice. He also has experience in teaching law.

With the appointment of the two new judges, the Criminal Court now has 11 judges.