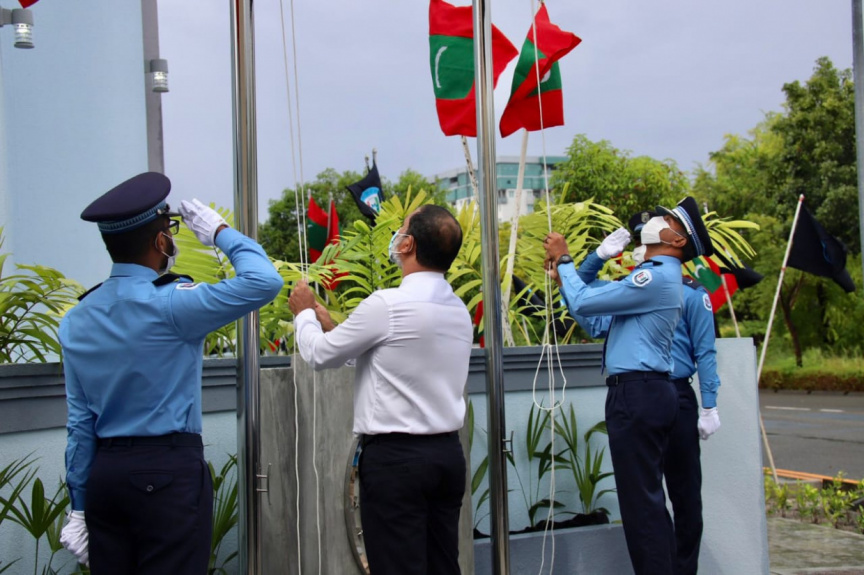 The new police station in Hulhumale’ has been inaugurated officially today.

The station was inaugurated by Home Minister Imran Abdulla and Commissioner of Police Mohamed Hameed in a ceremony today.

The foundation stone for the station was laid in 2015, however, it was not until 2017 that official work on the building began. The three-floor building was completed last year and cost MVR 27.5 million.

Hulhumale’, a suburb of Male’ City with a large population, previously had a temporary station in the Housing Development Corporation (HDC) building.

Commissioner Hameed, speaking in today’s ceremony, said that the new station will allow policing services to be widened after stating that the suburb of Hulhumale’ had a large population and was set to grow and develop in the future.