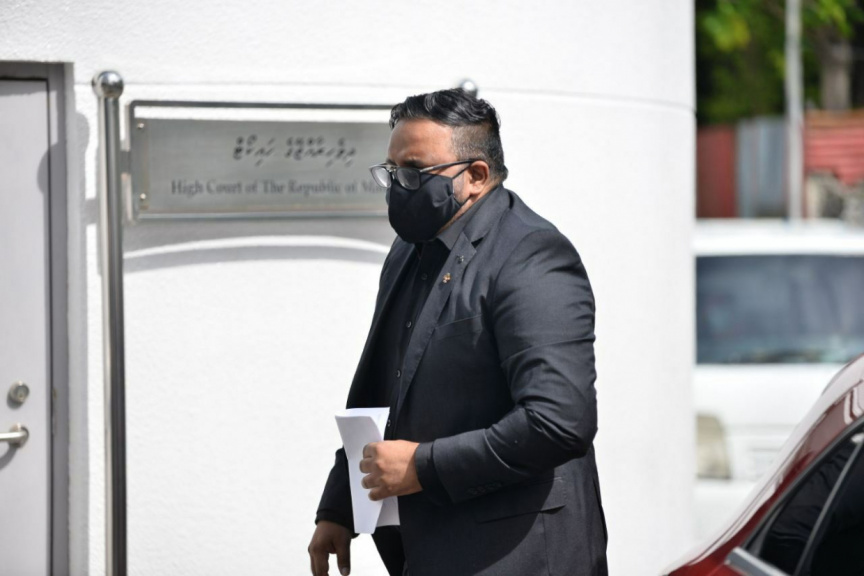 The High Court of Maldives has provided former Vice President Ahmed Adeeb ten days to appoint a lawyer for his appeal case.

The state is appealing in the case where the Criminal Court rejected seven charges by the state against Adeeb in connection with the MMPRC scandal. The High Court had ordered the detainment of Adeeb until the end of his trial after the case appealed.

Adeeb is now at the Maafushi Prison. He was represented at the detainment hearing by lawyer Mahfooz Saeed. Adeeb said in today’s hearing that Mahfooz only worked as his lawyer during the detainment hearing. He was not the appointed lawyer for the entire case, said Adeeb who stated that he wished to appoint a new lawyer.

Courts in the Maldives have the power to instruct authorities to arrange face-to-face meetings for inmates with lawyers.

The bench of judges presiding over the case granted Adeeb ten days to appoint a lawyer.

Former VP Adeeb had been pressed with seven charges based on the investigation into the MMPRC embezzlement case conducted by Maldives Police Service, Anti-Corruption Commission, and Corruption and Asset Recovery Commission; charges of money laundering, embezzlement, graft, and abuse of power.

The charges against Adeeb were made invalid by Criminal Court judge Ismail Rasheed, during pre-trial proceedings to decide the validity of the plea bargain – which Adeeb told the court he had been forced to sign in exchange for medical furlough.