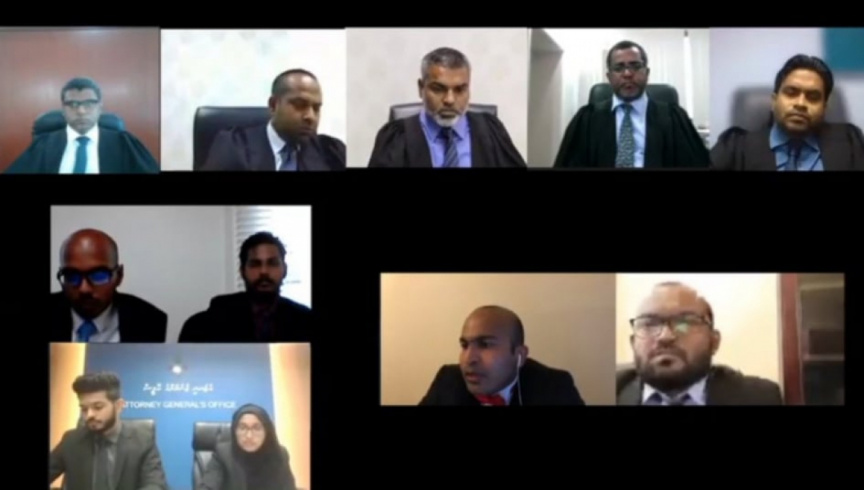 Case hearing of the High Court over the allocation of seats in councils for women on August 25, 2020.

Jumhooree Party (JP) Youth leader Moosa Anwar has said that the allocation of 33 percent of seats from local councils for women violates the Constitutional rights while speaking in today’s court hearing regarding the matter.

He noted five rights granted by the Constitution in today’s hearing of the case. They included the right to vote, right to contest in elections, right to participate in the administration through elected representatives in an independent manner, right to employment, and the guarantee of fundamental rights for both women and men.

These violations or obstructions were not permitted under several articles of the constitution, said the attorney in today’s hearing. Laws that contradict the Constitution cannot be enacted and Anwar also argued that the idea behind the Constitution was to provide equal opportunities for both men and women as elected subjects.

He argued that the political parties of the country could nominate women for the posts rather than allocating through law and noted that this was how it was done in countries such as the UK. He noted that while the amendment was enacted to allow more opportunities for women, it should not violate the rights of men.

Due to a constraint of time for the hearing, the hearing was concluded without Anwar concluding his statements.

A panel of five judges are presiding over the case which was first lodged with the Supreme Court. The top court rejected the case after stating that it should be taken up in the High Court.