Nasheed to Maumoon: You rigged all votes taken during your time 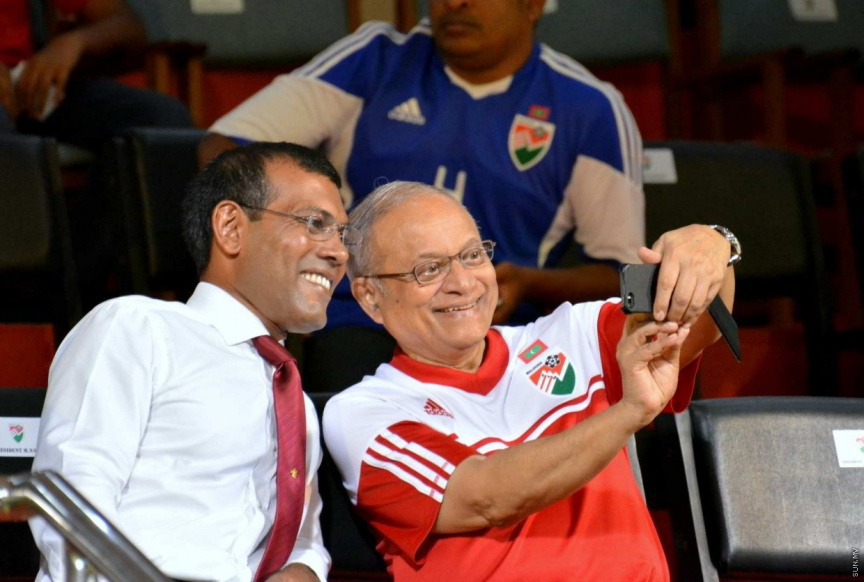 The accusation follows a constitutional amendment submitted by DRP leader, Kaashidhoo MP Abdulla Jabir to switch the system of governance in Maldives from a presidential system to a parliamentary system.

He said the Maldivian people themselves showed their backing to the presidential system in the 2007 referendum.

In response to the tweet, Nasheed accused Maumoon of rigging elections taken during his administration.

“President Maumoon manipulated and rigged all votes taken during his lifetime. The system vote of 2007 was also clearly rigged,” wrote Nasheed in a tweet.

The 2007 referendum to decide the system of governance in Maldives was taken during Maumoon’s administration. He supported a presidential system, while Nasheed and MDP advocated for a parliamentary system.

Nasheed said on Monday that the only election which Maumoon did not rig was the 2008 presidential elections, which he lost to Nasheed himself.

“The only vote you weren’t able to rig was the 2008 vote. That you lost,” said Nasheed.

Nasheed has repeatedly stated his support to establishing a parliamentary system in Maldives.

He has also stated that the Constitution, which took effect in 2008, is based on attributes of parliamentary system of governance.