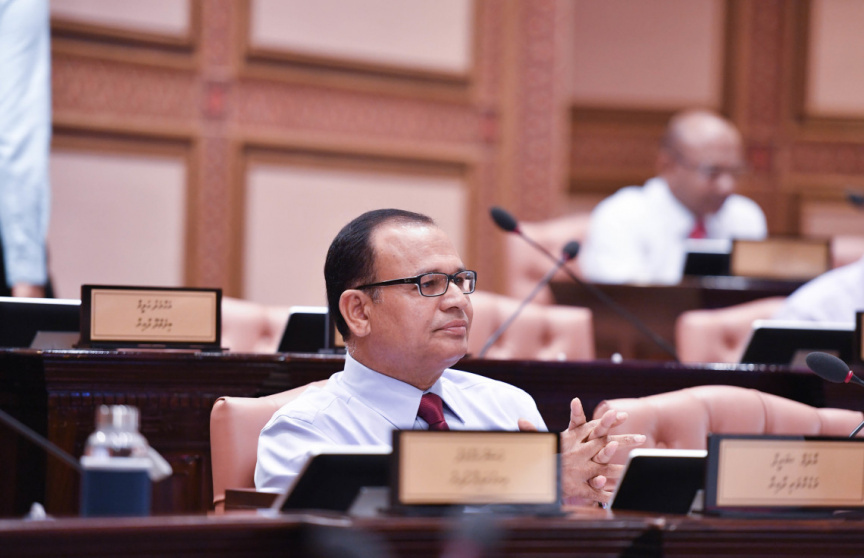 An emergency issue has been proposed to the parliament to take swift action against anyone involved in the COVID-19 corruption by PNC deputy leader and Maduvvari MP Adam Shareef.

Audits into the expenditure of the Health Minister and Tourism Ministry has shown widespread misconduct and possible acts of corruption in both Ministries during the situation with COVID-19. The Health Minister Abdulla Ameen has even stepped aside from duties following the allegations and the President has now ordered investigations into the findings of the report.

MP Shareef’s issue read that it was extremely concerning for the public that acts of corruption surfaced from the Health Ministry and Tourism Ministry at a time when the country was in a state of public health emergency and the economy was in shambles.

The issue called for swift action to avoid a repetition of the incident and to strengthen the government’s approach towards such acts of corruption.

The parliament, with the vote of 21 MPs accepted to debate on the issue. Out of the 22 MPs present, only South Henveiru MP Hussain Shameem voted against the issue.

The compliance audit report on the Health Ministry’s COVID-19 related spending was released on Sunday and states there is reason to believe the procurement of ventilators from overseas involves fraud.

While Health Minister Abdulla Ameen and officials from National Emergency Operations Center (NEOC) previously stated that the Executors General Trading was contracted to supply 75 ventilators at the recommendation of the World Health Organization (WHO), the Auditor General’s Office found the company had not been recommended by the organization.

The Auditor-General instructed an investigation into the award of the contract to Executors General Trading.

Meanwhile, the compliance audit report on Tourism Ministry’s COVID-19 related spending was released on August 13, and also uncovered multiple issues, including that 99 percent of the MVR 26 million in COVID-19 spending by the Tourism Ministry was on areas outside of its mandate.

Issues uncovered in the audits are under review of the Parliament's Public Accounts Committee. The Anti-Corruption Commission and Police are also investigating the audits.