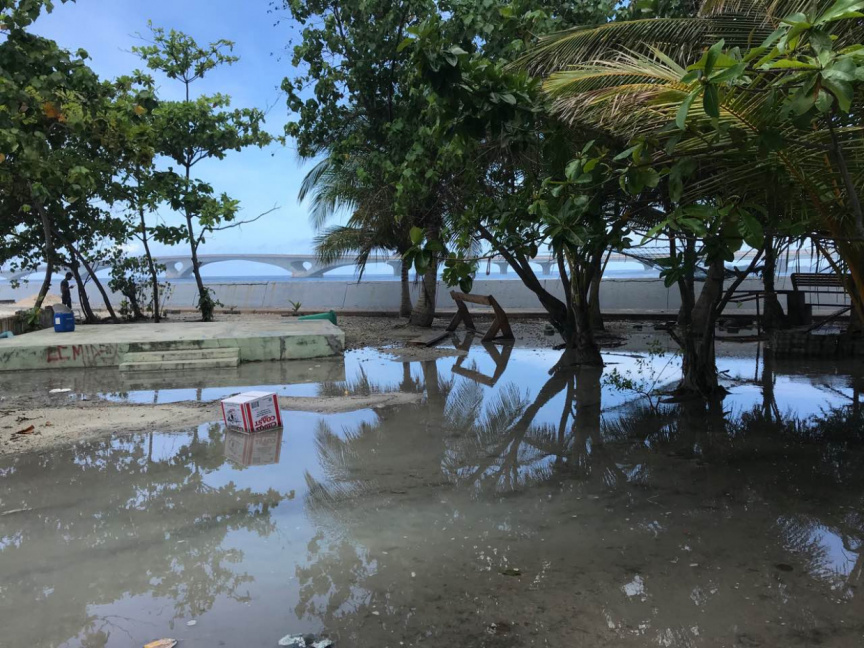 Swell waves surges of two to four feet are expected during high tides.

Seas are expected to slight.

The white alert advisory this Saturday comes after the greater Male’ region was affected by flooding due to swell wave surges on Friday. Worst-hit areas include the Artificial Beach and other nearby coastal areas of Henveiru district in Male’ City and the Male’-Hulhumale’ highway.

Orange alert for strong winds from B. Atoll to Addu