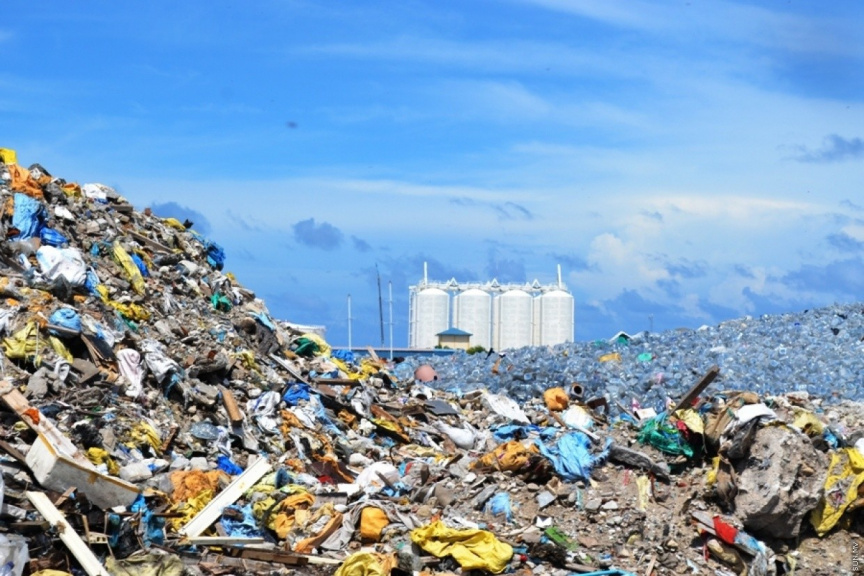 The landfill located in Thilafushi. Environment Minister Dr. Hussain Rasheed stated that the issue of smoke from the landfill affecting nearby islands would be solved in 2020. (Sun File Photo)

The Asian Development Bank has provided the Maldives with USD 73 million to establish a treatment facility that will incorporate waste to energy technology of WTE.

A daily 500-ton capacity facility to manage waste produced in 32 islands in the Greater Male’ area, as well as Male’ City, will be established under this project.

The 32 islands around Male’ City produce an average of 830 tons of waste. The waste is managed at Thilafushi, which has a land area of 10 hectares.

ADB said that the Thilafushi site was not pre-made in a pollution-controlled manner which causes environment and health hazards as well as damage to the fishing industry.

The system to be established in Thilafushi, is specifically designed for countries with the scarcity of land and will not require a large land area to operate. The system will also produce renewable energy from its operations.