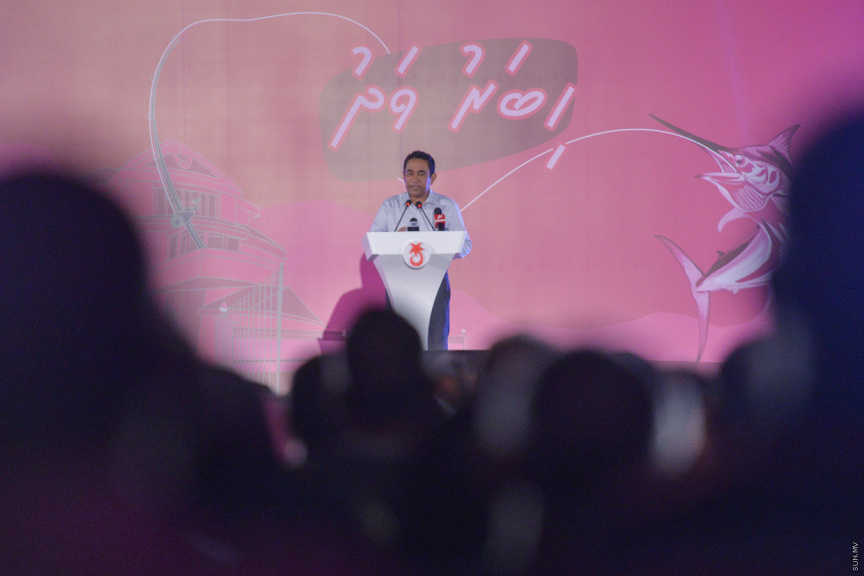 The main opposition party, Progressive Party of Maldives (PPM) has been fined MVR 50,000 for failure to maintain financial statements on its 2019 audit report in accordance with the Political Parties Act.

Political Parties Act establishes that political parties are required to audit annual statements through an auditor endorsed by the Auditor General’s Office and present them to the Elections Commission within 90 days after the end of calendar year.

Sun has been informed that the Auditor General's Office found PPM to have failed to comply with the Political Parties Act in maintaining its financial statements presented on its 2019 audit report.

Sun is able to confirm Elections Commission penalized PPM with a MVR 50,000 fine, and ordered the party to settle the fine within one month, starting August 10.

PPM was reprimanded by Elections Commission over failure to comply with the Political Parties Act in financial matters in 2013 and 2018.

Meanwhile, Elections Commission has also imposed an additional MVR 10,000 fine on former chief of staff of Muliaage Ahmed Mustafa, who had served as PPM’s treasurer at the time.

He, too, has been ordered to settle the fine within one month, staring August 10.