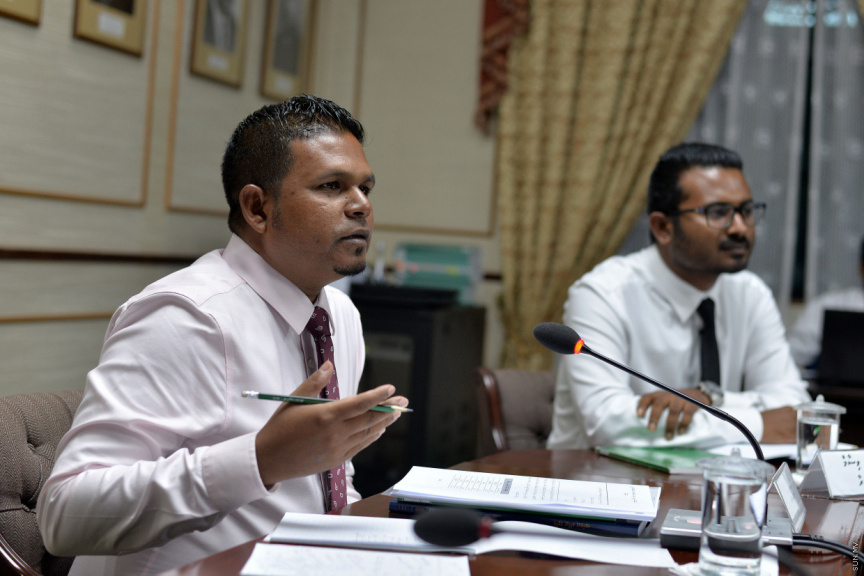 The Parliament’s Committee on Independent Institutions has advised the Attorney General’s Office to formulate a bill that would grant power to the government and parliament to regulate media outlets in the Maldives in the form of media commission.

The commission to be formed would include members of the Maldives Media Council (MMC), Broadcasting Commission (Broadcom) and Information Commissioner’s Office (ICom). Members to the commission are to be appointed by the Parliament and the government, which will also provide the powers to dismiss the members.

Chair of the sub-committee and MP for Velidhoo Abdulla Shafeeq said that the decision was a result of discussions with Media Council members and Broadcom members as well.

The findings of the sub-committee were to merge the Media Council, Information Commissioner’s Office and Broadcom.

“We found that the work is all related, so it can be done under one commission.” Said Shafeeq.

The inquiry letter also read that a five-member commission by merging the three institutions was recommended. Members of this commission will be appointed by the President with the approval of the Parliament.

The commission will be answerable to the parliament and will have the power to license media, take action, and even close down media outlets.

The proposal today also calls for the formation of a board to advise the proposed five-member commission. The board is to be formed by members elected by media outlets.

“The board will be formed by seven members. They include one member from a media outlet. The board is a sitting board and members will earn a wage of sitting allowances.” Said Shafeeq.

This is to ensure that media outlets are correctly represented when the proposed five-member commission is formed, said Shafeeq.

Employees of the Icom, Broadcom, and MMC will be moved to the new commission when it is formed. The Parliamentary Committee voted to send the proposals to the Attorney General’s Office today. MP for Baarashu Ahmed Abdulla did not vote for the move.

The AG office is now working to form the bill for the formation of the media commission.