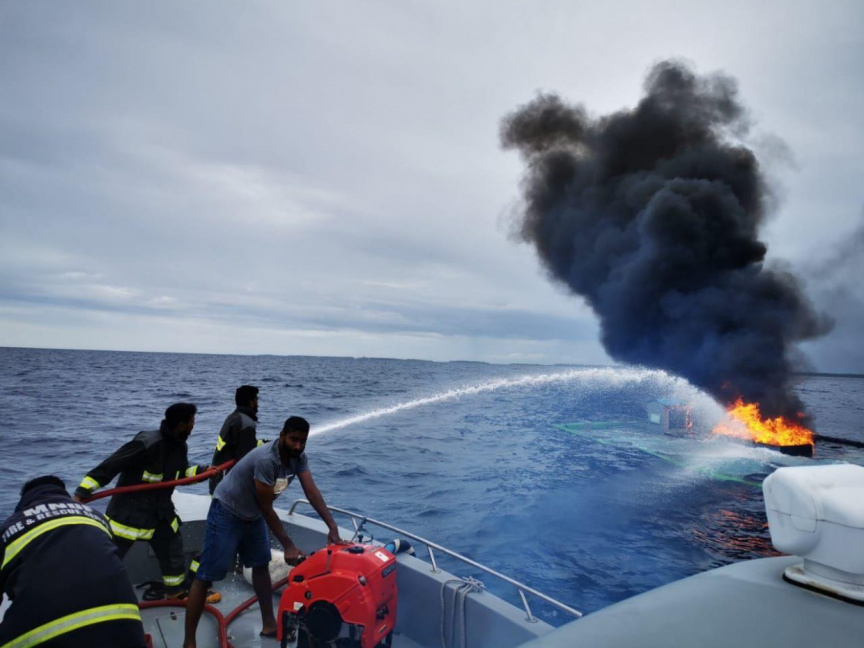 A boat traveling near L. Gan has caught on fire.

The boat later sank and one of those traveling on the boat is reported as missing.

MNDF said that coastguard squadrons in the area were at the scene searching for the missing individual.

Reports of the incident were received around 15:00 in the afternoon.

The boat was carrying 10 individuals, one Maldivian and nine foreigners, and was named as “Vindhu”, according to MNDF.