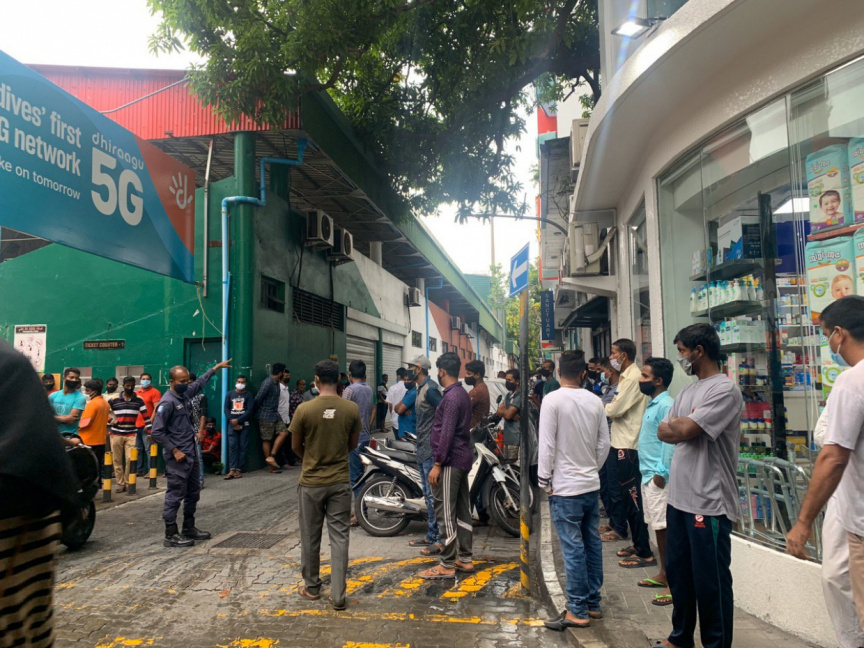 Police have dispersed protesting expatriate workers from near the Galolhu Stadium area in Male' City.

However, an Economic Ministry official said that the Ministry was not conducting any programs and that the expatriates were there on their own. The Ministry is in charge of exptriate related affairs in the Maldives.

Police soon dispersed the expatriates in the area. A second attempt by the expatriates to gather in the same location is now underway. Police Special Operations officers are now at the scene. No further details were provided by police.