Maumoon: Ratification of Constitution one of the proudest moments 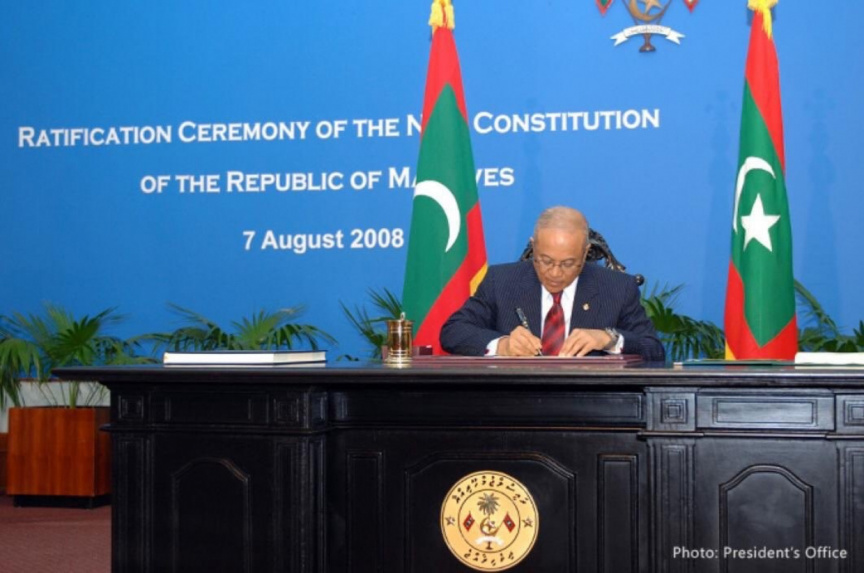 Former President Maumoon Abdul Gayoom has said that the ratification of the green constitution was one of the proudest moments in his tenure in office.

Maumoon sent out a special tweet on the occasion of the 12-year anniversary of the ratification of the new constitution of Maldives in 2008. The green constitution was passed by the special Majlis on June 26, 2008, and was ratified by President Maumoon on August 7, 2008.

Maumoon tweeted that the ratification of the current Constitution, 12 years ago today, was one of the proudest moments of his presidency.

The former President said, “May the people of the Maldives would continue to reap its benefits and enjoy many more years of peaceful progress in all fields!”

Some senior figures of the then legislative body, including Speaker of the Special Majlis Qasim Ibrahim and Chair of the Drafting Committee Ibrahim Ismail, has expressed concern for the failure to form 78 acts that are to be formed under the new constitution, despite it being 12-years since it was ratified.

A number of amendments have also been observed being brought to the constitution during the 12-years.