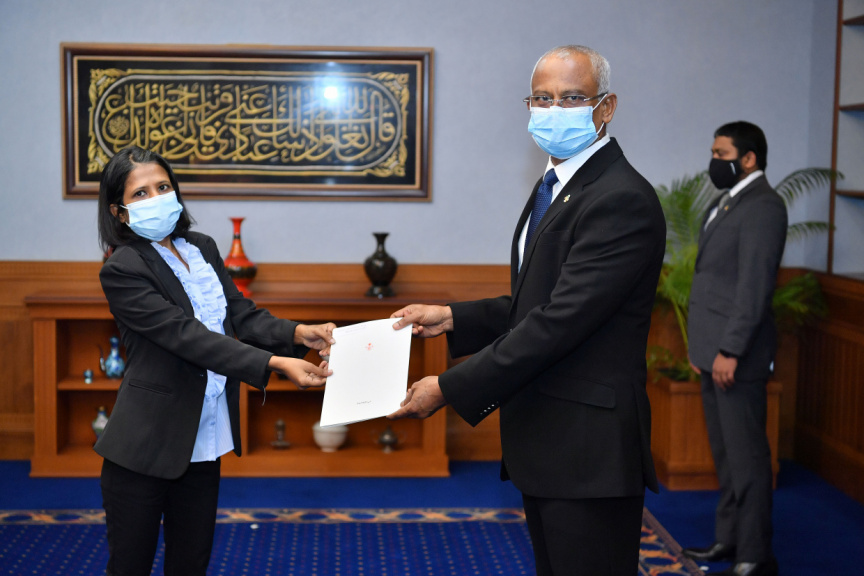 Ummu Kulsum was presented with her letter of appointment by President Solih in a ceremony at the President’s Office on Thursday afternoon.

Her oath of office was administered by Supreme Court Justice Mahaz Ali Zahir.

Ummu Kulsum was appointed to JSC as a representative of the general public.

She secured the backing of the Parliament with a unanimous vote of 67 parliamentarians on July 22.

Ummu Kulsum has a Masters in Project Planning and Management from Bradford University, United Kingdom.

Prior to her appointment to JSC, she was employed as a Deputy Director at the National Center for the Arts, administrated under the Ministry of Arts, Culture and Heritage.