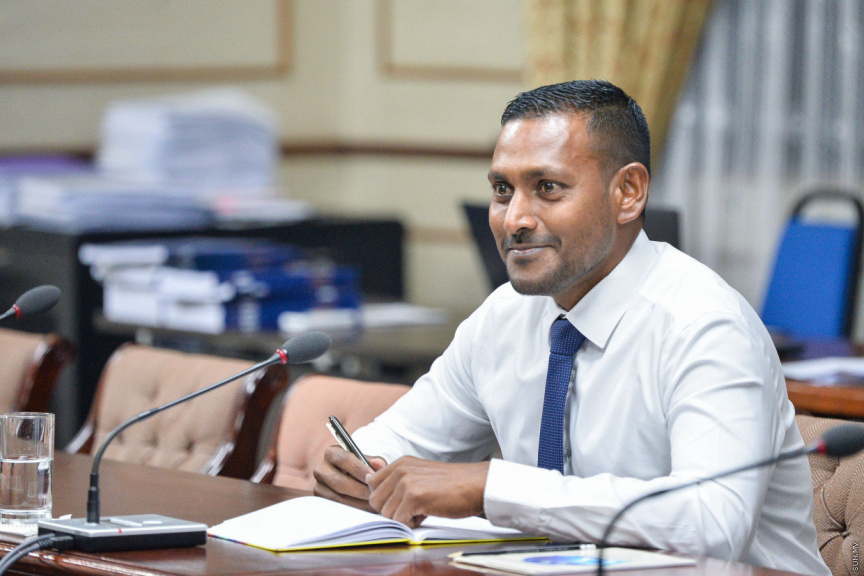 Prosecutor General Hussain Shameem has expressed relief at the landmark High Court ruling this Wednesday, which produced a conviction for the death of Mariyam Sheereen, whose body was found in a heap of waste in a construction site in the capital a decade ago.

Sheereen was found dead under suspicious circumstances in December, 2009. The state charged her lover at the time, Mohamed Najah, Thudivilla, L. Gan, with murder.

He walked free six years later after the Criminal Court issued an acquittal.

According to the charge against Najah, he lived with Sheereen in a room in Kurahaage, located in Maafannu district of Male’ City since December 20, 2009, and killed her during that time. The state argued at Criminal Court that Najah, after he killed her, packed her body into a suitcase, took a taxi, and dumped her body in Angaagiri in Maafannu district, which had been a construction site at the time.

The court, in issuing the acquittal, cited lack of establishment of a cause of death. The court said that the medical doctor who examined Sheereen’s body testified that a postmortem was required to determine the cause of death, but that documents submitted by the state as evidence failed to establish whether a postmortem had been conducted.

The court sentenced Najah to 12 years in prison for the crime.

In a tweet after the High Court issued its ruling, Prosecutor General Shameem, who had worked as a public prosecutor in the case during the trial, said it was refreshing to get a conviction after so many years, and that the state had always been confident they had a good case.

He also noted that it had been one case the state had argued based solely on circumstantial evidence, as there were no witnesses to link Najah to the murder itself.

“It's refreshing to get a conviction after so many years. I worked on this case as a prosecutor. One of the cases we argued using circumstantial evidence only. We may have failed at lower court, but we were always convinced we had a good case,” he said.

The court, in issuing the ruling, noted that the state proved Najah had been the last to see Sheereen alive, and that he exited a taxi near Angaagiri carrying a heavy suitcase. The court also noted that Sheereen’s DNA was found inside the suitcase, and that there was evidence her body had been placed inside a confined space.

The exact cause of death remains unknown due to lack of postmortem examination conducted on her body.