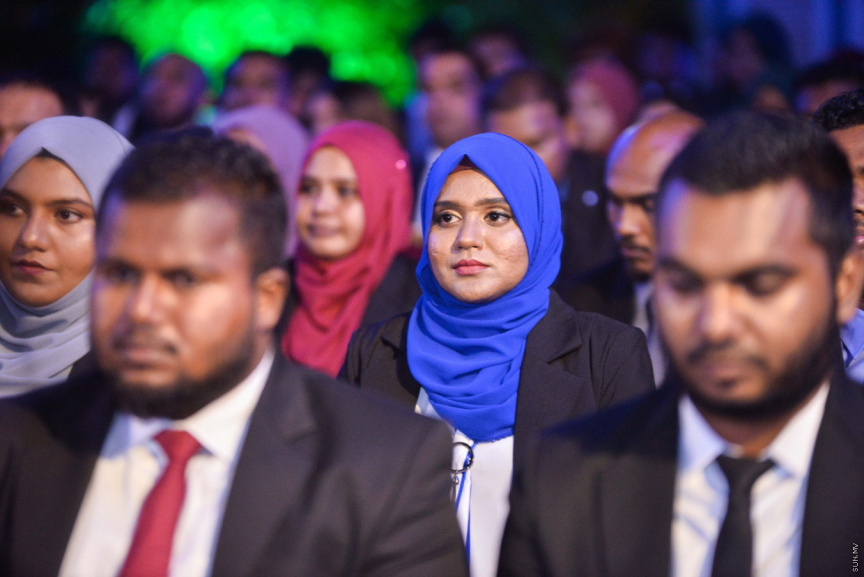 January 31, 2019: Law graduates are photographed in a licensing ceremony.

President Ibrahim Mohamed Solih today, ratified the amendment to the Legal Profession Act that will permit law graduates to obtain licenses after the completion of a training program of the Bar Council.

The amendment was passed by 71 MPs in the parliament on July 22.

The Legal Profession Act stipulates that licenses can only be issued when the bar exam is completed. A large number of graduates had expressed concern over the fact that a bar exam is yet to be formulated despite the act being ratified almost a year ago.

The Judiciary Committee of the Parliament proposed the move to issue licenses to graduates by undergoing a one-month long training program for graduates currently waiting.

Policies for the training program are to be formulated by the Bar Council within seven days of the enactment of the law and publishing on the gazette.

The program must be conducted within a period of seven days, according to the amendment. Upon completion of the training program, the Bar Council must facilitate the licensing of the graduates within 21 days.