Inaas charged with terrorism for setting police boat on fire 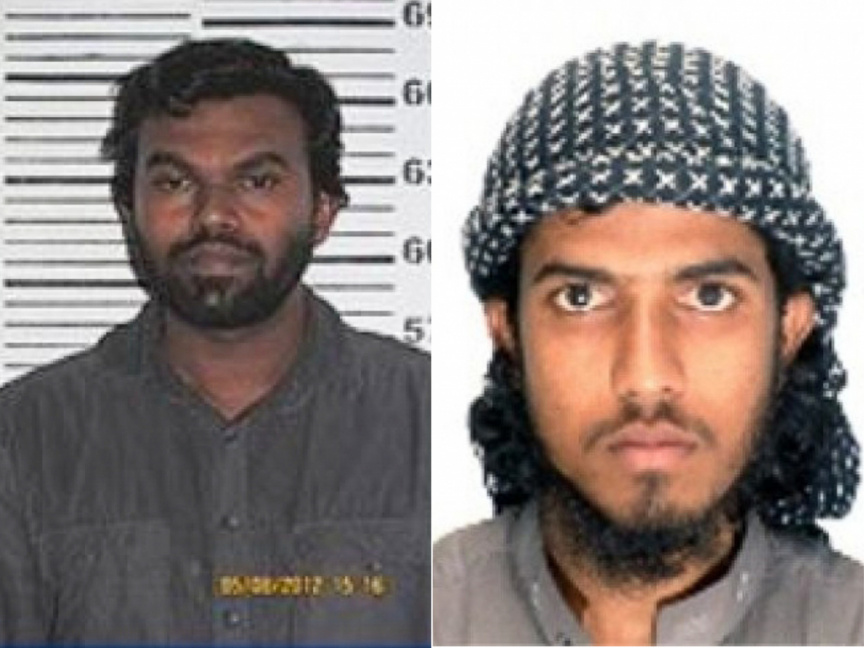 Prosecutor General’s Office has filed an additional terror charge against a man accused of deliberately setting a police surveillance speedboat on fire in L. Gan.

Moosa Inaas, Kalhaidhoofinihiya, Thundi, L. Gan  is accused of setting a police surveillance speedboat on fire on March 22, as it lay docked in the harbor of Thundi – a district of L. Gan.

Prosecutor General’s Office said on Sunday that it has filed the charge of “carrying out an act of terrorism under Article 6 (b) of the Counter-Terrorism Act, with reference to Article 6 (a) (i) of the same Act, with the Criminal Court.

He faces a sentence of 20 to 25 years in prison if convicted of the charge.

The new charge against Inaas comes after the Prosecutor General’s Office filed the charge of “possession of material implying support for a terrorist organization” under Article 6 (b) of the Counter-Terrorism Act, with reference to Article 6 (a) (i) of the same Act with the Criminal Court against him and Abdul Latheef Ibrahim, Loveside, Thundi, L. Gan, in connection to the same case, on July 29.

The charge carries a sentence of one to three years in prison.

The Prosecutor General’s Office also filed a charge of “obstruction of justice” under Article 530 (b) of the Penal Code, with reference to Article 530 (a) (ii) of the Penal Code, with the L. Gan Magistrate Court against Abdul Latheef after he was found to have destroyed evidence connection to the case. He pled guilty and was sentenced to one year and 12 days in prison on July 6.

Both Inaas and Abdul Latheef were previously implicated in the Sultan’s Park bombing in 2007.

Inaas was sentenced to 15 years in prison in connection to the case. He was incarcerated in Dhoonidhoo Prison during which time he made three failed attempts to break out from prison and swim to Hulhumale’.

Inaas had pled guilty to the charge against him, and was later released after getting issued a pardon.

Meanwhile, Abdul Latheef has fled Maldives following the bombing, and an Interpol red notice was issued for his arrest. He was arrested from the airport on August 5, 2012, when he returned to Maldives from Pakistan.

The bombing left 12 tourists injured. The State prosecuted 16 suspects in connection to the case. Some were found guilty and sentenced to prison, while 10 fled the country.