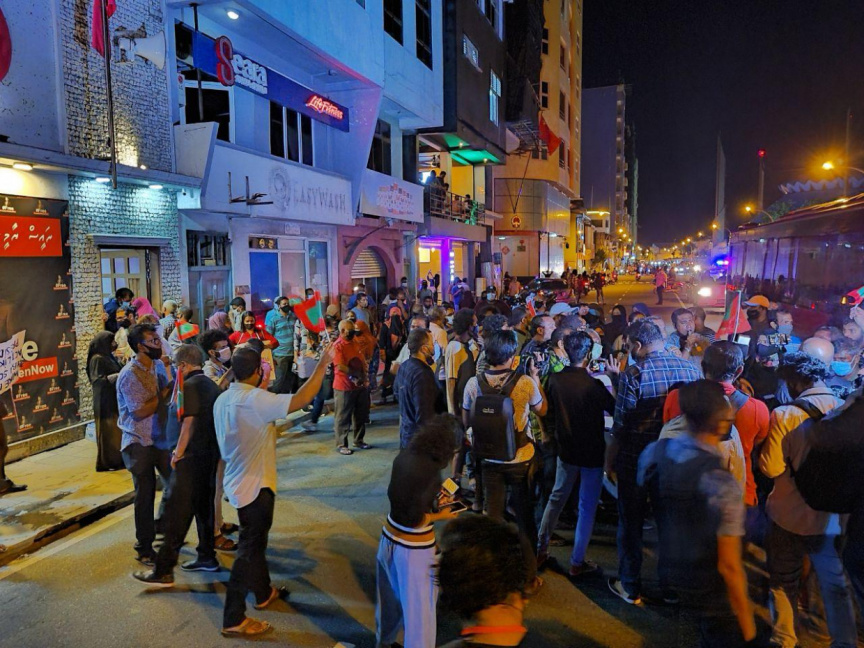 The Criminal Court has ordered the release of two individuals arrested from last night’s opposition protests in Male’ City.

The court ordered their release after they were presented to the court today, to decide their detention. Lawyers for the two individuals have confirmed the news and their release to Sun.

No comment is available on the matter from the police so far.

Protests by opposition parties PNC-PPM were held in the Chaandhany Magu and Majeedhee Magu junction of Male’ City last night. Police attempted to disperse the protesters from the area which led the protesters to weave into other smaller roads of the area before attempting to gather in the Majeedhee Magu.

The two arrested were for disobeying the police, said the Police. Pepper spray was used in the detainment of one individual. PNC-PPM said that police had used excessive force in last night’s protests.

The protests of around 100-150 individuals were led by senior opposition figures including many that served in the previous administration. Opposition parties also announced protests set for tonight as well.

Their main demands include the release of former President Abdulla Yameen who is in jail for money laundering. They have also demanded the dissolving of the current government. The case of protesters who allegedly spat on police officers are also under investigation. Opposition figures have denounced the act and said that the individuals involved were not part of the protests.